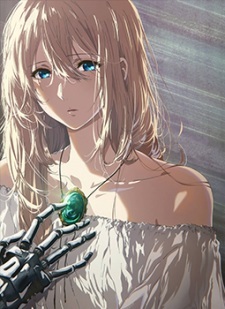 SparkzXD Oct 18, 11:17 AM
HOW DO YOU GET THAT STYLE FOR YOUR ANIME AND MANGA LIST PLZ I WANT LOL

Nor_Watcher May 10, 10:36 PM
Thank you! Finished it couple of days ago. Had to redo my profile because my previous one was removed LOL. Put actual effort into this one, though. I actually came across your profile while looking for inspiration on my own, and it definitely caught my eye; it looks very nice. anyway, Thanks for accepting :]

I finished Jaku-Chara about an hour ago and, to be honest, the ending is bad, as the anime is a romantic drama. I liked the final conclusion Tomozaki has come up with, yet it wasn't enough for drama in this anime, because the very first episodes were harem-ish comedy with happy BGM, plus many character arcs were poorly solved and it felt like they were useless overall.

About the OP: I got used to it, so now it sounds nice to me, however, I believe that it will be forgotten quite soon by me. The ending is okay.
About the visuals: not good, not bad, yet the last episodes looked more beautiful than the previous ones, but maybe it's just me imagining things.