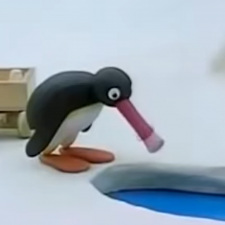 I haven't finished DBZ yet, so my opinion is subjected to be changed. So far, I like DB a little more than DBZ, but I'm hoping that the series will continue to improve, and that I'll soon move on from the Frieza arc.

_cjessop19_ Apr 2, 3:06 PM
Thanks! I'm glad you enjoyed it. It's a shame that any representation of females HAS to be 100% accurate to real life, otherwise it's "sexist" and "belittling" and "sets unrealistic standards" for all women. SJWs and feminists will always moan about these sorts of things, what can you do?

Welkin96 Feb 22, 1:02 AM
Thanks for the kind words! I'm a bit self conscious when I'm writing reviews because English is not my first language . I'm amazed by how well some people write on this site :)

I have watched a friend play the visual novel of Steins Gate 0 so I know about a few things and how it ends ...

To my limited knowledge doesn't the SG0 timeline in one way or another lead to Okabe "opening" Steins Gate? which in turn leads back to the original true ending of him saving everyone?

To give you a better understanding I also played the Steins Gate video game on PS3 and I much preferred the Mayuri/Kurisu endings even though they were darker . I never quite liked the idea that Okabe can save both of them but maybe that's just me ....

The missing link episode is great though! Thanks for the recommendation . It's ending seemed more "appropriate" to me

PeterFromRussia Jan 26, 1:01 PM
Update on Plunderer:
I've watched 3rd episode and it can be summarized in few words:
1, Plunderer aim is to be that ecchi anime that does pervert jokes and it's not serious.
2, This episode was completely pointless as it decides to introduce new characters and invest the entierity of episode on them instead of investing time into our heroine or Licht, when we are 2 episodes into the show.
3, Licht is again doing pervert stuff, even though it was kinda funny, pervert stuff ruins his potential character for me.

My rating has updated to 5/10. This episode is very bitter for me, it is killing my hopes for the series :(

PeterFromRussia Jan 19, 1:33 AM
Since MAL requires certain amount of eps. being watched before putting up a 1st impressions, I am gonna post my Plunderer impressions here and later back, once I've seen enough eps.:

\\Warning these are my 1st impressions, which purpose is to give you my fellings about Plunderer so far. I will make a 'full' review once I finish Plunderer.//

Also it's and will be major spoilers free and manga or LN adaptation quality won't play any role in my impressions, I haven't read it anyway.

In a post-apocalyptic world dominated by the so-called "Numbers," each human will have their identity branded with their own "Count," which could define any number related to their life. May it be one's walked distance or amount of compliments given to them by others, this Count could lead them to the abyss when it has dropped to zero.

I got hyped quite a lot, when I read this. I knew it was adaptation of manga or LN, but I didn't study what genre it is, so I was really suprised when I saw this show has only 6.56 on MAL, but after I saw it was an ecchi, some bits of my hype has been killed.
Before you say anything I don't have anything against ecchi, I do enjoy some fanservice from time to time, but in regards to this show I was really shocked and kinda dissapointed to learn it's an ecchi.

Without further ado, these are my 1st impressions, they might change to better or worse as the show goes down. Also I will be telling my impressions on my expectations, yes it is ecchi and I do rate ecchi little bit milder, but I found about it literally, when I was about to start watching it, please respect it. This review serves as little help if you are considering watching Plunderer, these are my opinions only.

I'll do 3 categories: what I like, dislike, neutral opinion,

What do I like:
1, Artstyle: I have really low demands on artstyle, so I always have this as a positive. I think it looks pretty good. It's not anything outstanding though.
2, Numbers: Interesting concept, if your number drops to zero you will get devoured by abyss. This concept caught my attention and it's the main reason, why I watch this show.

Neutral:
Bach Licht: I am currently 50/50 on whether he's gonna be a good and interesting character or a boring and cliche character. He's introduced as a pervert and few minutes later he saves the 'princess' and acting pretty noble, I'd rather have at least 3-4 episodes alone developing relationship between him and main heroine.
Legendary Aces: I'll put this one simply, I am looking forward to see more of them, but I hope they won't be influenced by ecchi element much.
1st antagonist: he wasn't anything special, just your mediocre villain, that's all.
Main plot: So far I am waiting for a plot to kick off, this can go either very well or very dreadfully.

Dislike:
Hina: Too much forced feelings, she's one of 'tragic backstory' types. Plunderer makes the mistake many others have made by just throwing these emotions at you, when you spend like 30 minutes with that character. I would prefer slower start and invest 8-12 episodes about her journey to the city, where she meets Licht. We would spend some time with her and 'care' about her. Instead we get some sad flashbacks within the 1st 30 minutes of the show.
Hina's legs: I hope this trend won't continue, because literally 1st episode made it incredibly weird and repetetive.
Ecchi?: If this show goes through the 'more' ecchi route, then this concept will be doomed. This concept has a huge potential, this could be easily 100+ episodes long series if done properly, but as we know, ecchi shows are usually 12-24 eps long. If Plunderer is gonna have 12 episodes I will be very dissapointed.

6/10 it is for now! I think it's too early to tell Plunderer true quality, so I give it 'interesting' 6. I'll keep updating this review and once I finish, I'll make a full review with ratings of Art, story, characters, villains and etc.

Olde-Jo Dec 31, 2019 6:56 AM
Superb, buddy! And you summed up Skypiea perfectly. It's just too drawn out. You have like... 30 episodes of the characters walking through a forest before you get to the final battle against Eneru, and rather than the show deciding to end the fight quickly, they (as you said) stuck a golden ball on Luffy to allow the arc to drag on for like another 20 episodes.
The arc builds up Eneru's character, literally portraying him as a God for dozens upon dozens of episodes, and by the time the battle arrives, he's a boring wimp, and is easily one of the easiest villains Luffy has ever fought.
The arc to me has never been worth the effort of watching it... it feels borderline filler in my opinion. Dials get introduced, a Ponyglyth was found, and finally you had the (in my opinion) great backstory of Noland, but, all of those things aren't worth watching the arc for.
Hands down the worst arc in the series in my opinion, but, I'm glad you got something out of it.

Just realized you finished Water 7 and Enies Lobby as well. Man, I love those arcs. So much character development during those arcs for characters who SERIOUSLY needed it, like Usopp, Sanji and Robin. And you got a really great backstory (not the saddest backstory in my opinion, but, great nonetheless) and finally, topped off with a great final fight and send-off to the Going Merry. Perfect arcs in my opinion.

You're on Thriller Bark next. That's a controversial arc like Skypeia although, unlike Skypeia, it actually offers some absolutely superb moments for the straw hats, and has (possibly) the saddest backstory of the bunch. I never understood the hate for Thriller Bark, I personally loved it.
Enjoy it, buddy.

Take care, I literally assure you that from this point forward, there's literally no "bad" arc in One Piece remaining for you to watch... upto the time skip that is.

Olde-Jo Dec 28, 2019 5:17 AM
Excellent, my friend! I'm really happy to hear you say that. The arc you're currently in (Skypiea) is the arc I'm referring to. It's a love it of hate it kind of arc, and in my opinion, the arc really, really flipping drags. It's as boring as Syrup Village (Usopp's village), only like 8 times as long. But, damn, those 2 major arcs after Skypiea... absolutely phenomenal.

Anyway, pal. It's nice hearing from you. I added you a while back because I liked your bio, but, I never got around to swinging you a message. Consider this my introduction :).

Olde-Jo Dec 28, 2019 4:10 AM
Hey, buddy. Good to see you watching One Piece. It's literally my favorite show I've seen (And I refuse to believe anything will surpass it). Hope you're enjoying yourself, it isn't often people start the time-sink known as One Piece as early as you did. Makes me happy knowing people are still willing to give it a chance these days, even though there are over 900 flipping episodes at this point.

I know it seems like I'm commenting on your profile for no reason, but, I just wanted to let you know that if you're enjoying the show at this point, try not to lose faith during the next arc you're coming up on (next long arc that is), as the next major arc you get to is, in my opinion, the lowest point in the entire series without a doubt. However, after you surpass that horrible arc (that some people in the fanbase do enjoy despite its flaws) you'll be treated to two of the greatest arcs in the entire series (from the worst arc to the best arc(s))

Take care, buddy. And I hope you enjoy your time with the series. I know I did. :)

_simplethoughts Jul 21, 2019 12:25 PM
Pretty much...
I just wanted to let people interested in starting the series know that there is more to the series than just humanity fighting titans. If I were to give the WHOLE series a rating as of now, it would be a 9.5-10/10. I rate S1 as a 9 because it is the part where we knew the least about the characters (but after completing the series, I understand how important S1 was).