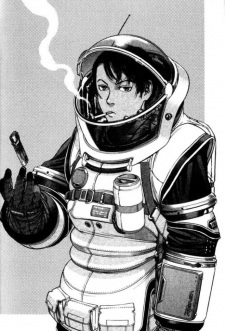 fenixoide Jul 18, 4:25 AM
forgot to reference music, you really have great taste

fenixoide Jul 17, 10:26 AM
Great taste not only on anime/manga but also videogames

Gabiscoito Aug 19, 2019 5:33 AM
Nice chart of rap albums
Though you need more Denzel in your life

Kusootoko Jul 1, 2019 1:12 PM
damn thanks for giving such an elaborate answer, appreciate it.

I haven't even listened to half of those albums but I def agree on CrasH Talk and Zuu. TDE really has gone to shit, Kendrick hasn't put out anything good since TPAB (not counting untitled remastered cause it's basically TPAB throwaways), Jay Rock is great at NOT playing to his strengths, Q also does way too much mainstream-sounding shit and the other members idek. Ab-Soul is a weirdo who occasionally makes a decent song, what the fuck is Lance Skiiwalker and SZA is dummy thicc (and prob the best member at this point tbh lmao).

Zuu is fucking fantastic, Denzel is easily one of my favorite rappers out rn. He went a bit more for ignorant trap bangers on Zuu but he literally does it better than everyone else. His versatility is pretty insane.

I still haven't given IGOR a full listen but what I heard was good.

I would recommend Injury Reserve's self-titled album , Zelooperz - Dyn-O-Mite, Benny The Butcher - The Plugs I Met, Blu & Oh No - A Long Red Hot Los Angeles Summer Night out of releases that dropped this year.