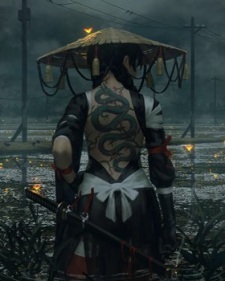 I don't know if you remember me but we used to write comments back and forth to each other years ago (2014)!
I still remember you recommending and telling me about the plot of the Re:Zero series! I STILL haven't gotten to watch it since there are WAY too many anime and manga I'm interested in and am trying to juggle but it is still something I keep in the back of my mind.

I just wanted to say hi again and see what you've been up to in life and if you have any other tv series or anime series you've enjoyed lately or look forward to this new year?! ♥

Note: you may not recognize my username either because I have changed it a couple times within the past year or so.... I think I used to be Buttsicle? lmk if that rings a bell AHAH ♥ 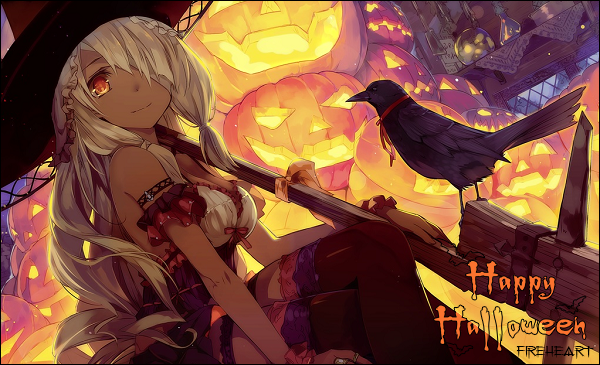 Lock your doors...and turn out the lights,
Or ghosts and witches...will spook you with fright!
Jump in bed...then pull the covers up tight,
Close your eyes...until the morning is light! 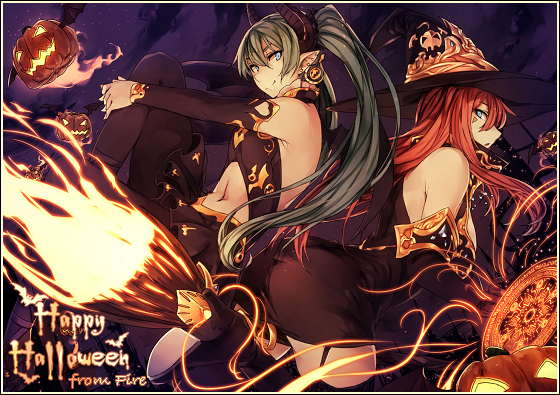 ITFujoshi Oct 7, 2015 10:40 AM
Sorry I've been MIA for a while. Was interning at the school's animal clinic for a few months and have just been tired. Finally it's over~~

On topic:
>>>I want to visit Japan, Korea, china & Philippines xD Yesss I wish that!! But its in my dreams.<<<
Pretty cool. You'll get to visit those countries one day; just make it a goal and work hard for it. :) Ganbare ne!

>>>Btw I know the reason why dad doesn't wake up, he takes medicines which allows him sleep at night. He lacks sleep & he takes medicines that makes him sleep.<<<
Aaaah, so that's why. Yeah, then I guess he wouldn't wake up easy. My mom had problems falling asleep as well for some time; when she went to the doctor he said it's due to a number of things her age, stress, sleeping irregularly and not having a very balanced diet. She slowly changed that and she said she's been a lot better now. She's a big believer of Chinese medicine as well so she always has one or some kind of herbal mix drink or soup ready nowadays. XD

>>>No problem!! When you have opportunity visit the great walls of china!!
Lucky you!!!<<<
Uhhuehue. I know, I'm counting my lucky stars. I think probably next year I'll go. My mom says she wants to come visit as well and then we'll go together hopefully.

>>>How many years it took you to learn chinese language?<<<
I took a language course for one year and after that I started to go to college here. Most students who come to study in Chinese usually take one year or two year courses; usually, they take a one year course.

>>>But I like turtles & tortoise xD<<<
These I can also deal with. They're pretty cute in their own way. :D

>>>Yes Junya is a japanese name xD I love him so much but he scratches me so bad & its painful whenever I annoy him or make him angry.<<<
Maybe he needs a playmate...? Someone he can really chase around and so. Have you guys considered adopting another cat?

>>>I watched Air gear which had flying boobs girl but I didn't care because I loved the guys xD I am ok with series which contains fanservices only if they have a good looking guys in it.<<<
True about that; a show with a lot of big boobs characters becomes more tolerable if the main guys are super cute. How was Air Gear btw? Am looking for shows to watch.

>>>How was no game no life? Is it a good anime to watch?<<<
I think it was a pretty good show to watch, despite all the fan service. Every time when they were supposed to battle I thought "Well, there's no way out of this for them. They're gonna suffer defeat for the first time..." and then Kaboom! Mindblown with how genius and intelligent how they are.

>>>But I prefer martial arts, my favorite movie is man of tai chi, do you know it?<<<
No, sorry, haven't. Whenever someone mentions martial arts the first people to pop in my mind are Jackie Chan, Jet Li and Bruce Lee. XD

>>>recently I've been listening to one ok rock so much, they're a good jrock band. <<<
Cool, I can see from your list you really like them. I'll look them up later.

>>>What about you? What are the first 5 songs on your playlist?
<<<
My first fave songs:
1. Artist is SMAP, dunno the name of the song since it's in Japanese XD
2. Let me get this right by Ne-Yo
3. Leave (Get Out) by JoJo
4. Devil by Super Junior
5. Stuck on Stupid by Chris Brown

Anyway, hope you've been doing great! Do your best in school! (I sound like an old aunt XD saying this)

Thanks!
Like I said, I was a bit busy but I'm doing fine ^_^ Started re-watching Claymore the other day.

silverwalls Sep 7, 2015 8:21 AM
haha indeed :D my day was pretty good, though nothing really interesting happened. what about yours?

K_dreamer2 Sep 6, 2015 8:10 PM
I'm fine just a horrible 3 months soo far.. anyyways!
So sorry for the late reply again! XD
(oh just have to say I'm not gonna be here anymore on MAL... Kinda have no time)
Baka I'm still gonna be up for anime/manga any time any where... that's just life heehee

Mumiva Sep 5, 2015 7:32 PM
I don't really listen to bands just kinda random songs here and there. I'll listen to them some time later because I'm so tired I don't think I feel up to trying something new right now. I've heard of them before though, I had like one or two songs by them that I liked in the past, too.

They used to let us use our phones before but there have been new students who have joined this small school and they are ALWAYS on their phone so for those of us who aren't on it all the time and use it for music will be punished as well. Like for me and few others as well, I don't have a whole lot of reason to be on my phone the whole time and not actually get something done in my classes. I just like my music. I even bought new music for school but now I have to make playlists online instead ugghh. Much more effort. I don't like not having my phone on me either, even if I don't use it often. Siigghh.

Thinking about the future makes me depressed lmfao. I feel like I'll never make it to where I want to be in life because it's such a struggle. I know what an SAT exam is, sorta. I will have to take it at the end of this year. I'm not too sure about all the details about it though. Why do you ask?

Mumiva Sep 5, 2015 7:09 PM
I hope to read it when I'm in the mood, too lmao. Probably going to wait til the last moment before the anime airs before I read it.

I'm alright. Tired at the moment. Been searching for new music to listen to and so far I've only found two songs that I can listen to on repeat and haven't gotten sick of yet. Need to make playlists on 8tracks to listen to before Tuesday since my school has decided that we're not allowed to use our phones at all anymore and they'll be put in a box... sigh.

How about you? c:

Yeah, I was like "my husband Kuroko is suffering and there's nothing I can do to comfort him" XDD

They don't really care, but sometimes they stare at me like I'm a psycho or something ;-; It's not my fault that in anime there's just too much feels xD

Yaoi - who cares about the plot? I can read the same yaoi manga few times because I don't remember the plot :D

Seinen is the best. All of my favorite anime are seinen xD I don't really like shounen and shoujo. They are all about friendship and love, sometimes it really annoys me.

Yeah, I don't really get the idea of making anime Tokyo ghoul. I mean, the manga is all about blood and anime is censored? That doesn't make much sense.
I haven't watched akame ga kill. Is it good?

I watch Nisemonogatari, 3 season of junjou romantica (XD) and I'm trying to finish hunter x hunter, but it'll take me some time to do it. Maybe it'll be the first shounen that I really like, but I"m not sure.

And what series do you watch?^^

Nothing much. Just trying to catch up with all the decent anime from this season :D And it's going well for now. What about u?

Mumiva Aug 28, 2015 3:14 PM
No, I haven't read One Punch Man. I saw that it'll become an anime so I was very interested in watching that! I still am unaware as to when that'll air but I look forward to it! I should read the manga, though, shouldn't I? It doesn't have too many chapters either, I believe, right? Hmm, I'll have to think about it.
All Comments