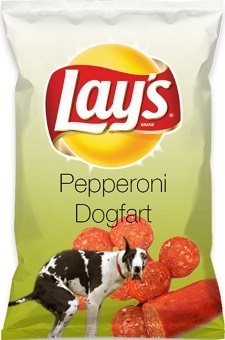 I was less active on MAL for the summer myself, but I'll probably be on here more now that I've started college. Classes start tomorrow though. I haven't watched much of the One Piece anime, and I haven't read the manga in a long while, but I intend to prioritize getting back into them once I have the time. Mushishi is best in small doses in my experience as well. It's a very meditative and calming watch, so I find it great for relaxing before heading to sleep. I'm not sure that there's another animu with quite the same atmosphere, which is part of why I consider it special.

Soge_king999 Jul 31, 2014 12:23 AM
Hey there, Drizzy-chan. Been a while, huh? How have you been? Anywho, I see you're watching Mushishi. Certainly seems like you're enjoying it as well. Nice. That's my favorite animu.

And as I edited into my last message, I'm heading to sleep now, so, good night!

Soge_king999 Dec 9, 2013 11:58 PM
Sure, but there was never anything pointing to that being the case. In the original series, they only ever said that Madoka was gaining ridiculous amounts of power from the repeats. All we saw here was Homura grabbing Madoka, a dark aura flowing out of Homura, and suddenly Madoka breaks in half. It's a Deus Ex Machina... I honestly don't mind it in terms of enjoyment, but it was still kinda ridiculous.

Soge_king999 Dec 9, 2013 11:44 PM
The entire thing was covered in plot holes and iffy logic, but for a single example is Homura suddenly having the ability to remove Madoka from goddess form and steal her powers. Wut? And Homura as per usual is a void in terms of logic and sanity. I liked the movie a lot, honestly, as I said. I just happen to prefer my anime to follow some sort of logical progression, and actually follow the rules of its own universe. Plot and characters developing and progressing in ways that are actually possible and make sense is separate from whether or not fantasy or magical elements are involved. It seemed to me that Urobuchi, as he is quitting the franchise after this, and already essentially "completed" Madoka with the PSP game, decided to pull as much troll writing out of his ass as possible, and then he deemed the movie non-canon, so the viewer can disregard it ever happened.

Soge_king999 Dec 9, 2013 6:51 AM
I watched it. It was certainly not what I was expecting going in. I actually really liked it for the most part. Sayaka, Kyouko, and Mami were fabulous as usual although not very well developed (IMO), and even Madoka and Homura were in the realm of decent in my book, and I think you already know how many problems I have with Homura. The plot was ridiculous in terms of logical coherency, but it was pretty good if you ignore that. The comedy was fun, and the fights were cool. It was looking at a solid score... but then... the ending brought it down to a 1. It fell in line with Homura's character, so I don't think it ruined her like some do, but the whole thing was nonsensical in so many ways... Just... Urobuchi...

Soge_king999 Dec 6, 2013 11:35 PM
Funnily enough, I was just thinking about messaging you since I saw you watched it. Not yet, but I'm going to watch it in theaters tomorrow with some of my friends! It's gonna be fabulous. I expect to be entertained by it quite a bit.

Soge_king999 Oct 8, 2013 9:38 PM
You are most welcome, my friend. If you didn't like it, I would be quite putout... Then I would have to find some other, possibly more adorable nickname. I can switch it, if you'd like.
All Comments