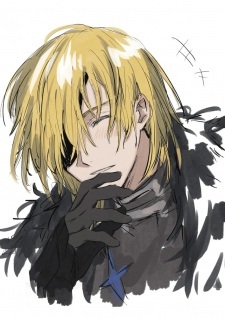 -Sonal- May 9, 12:30 PM
What's been keeping you busy? And what about that trip to Japan with your sister? Is it in December?

> but HOB has the superior ship lamo.
Girl you right. Chen Hua's love for Xie Lian is so subtle but also so fucking obvious. I wonder what made him a Disaster level demon that just slaughtered other demons. And how was he powerful enough to defeat 33 Heavenly Officials in a row? I SO wanna pick up the light novels but I know their slow pace is just gonna bore me and I'mma drop the series anyway.

> They have sex, and I think there's some extra spicy bonus content.
In the official Chinese version? That's impossible. All homosexual content is banned there and creators are fined/jailed for creating such content.

> he actually spent it on a Bulgarian internet e-stripper/fake girlfriend or whatever you call that. He ended up killing his entire family to get more money.
Bruh

do you think more dlc will be released at all? personally i think they're done with the story. sad to say that outloud though. i want so much more done with it i expect an anthology to be released. that'll just be comedy than plot though. surprised one isnt out yet already. an official one anyway

im just glad we dont have idol culture here. teenage girls being fans of boy bands are bad enough. imagine what it'd be like if we had idols too. painful to just think about it

hopefully you can get the travelling sorted. are you going to have to get a vaccine card to travel? can't remember what the actual term is. im not going to get the vaccine for now. there has been reports about blood clots side effects and i don't want to take the risk. my mama has had a blood clot, not because of the vaccine, and she was treated awfully by doctors when she had it. because of her treatment if anything were to happen to me i dont think the doctors would be any help. i think the cases are starting to go down here but i haven't been keeping up as regularly checking the news can be stressful

best pairing is hubert x anyone else. let hubert get over his crush. he can do better

Lukasss_Snya3 Apr 3, 10:34 PM
hey, what is the name of the character on your profile picture?

-Sonal- Jan 18, 10:06 PM
> I've watched/read less manga and anime lately, mostly just on the weekends.
Is it because you're too busy, or because you've lost the enthusiasm you once had for the mediums?

> I still don't think I could do that no matter how much money it makes me.
Lmao, I mean I could, but I have family and relatives to think of. Perhaps if I were an orphan or estranged from my family, these would actually be a good option for me. Would have to lose a fuck ton of weight tho ;p

> If men are really dumb enough to buy your used bathwater, then sell it
Lmao Ikr? And I've read some of these fan posts. They worship these girls as literal goddesses, omg. Talk about being pathetic and desperate. I wonder where these losers get so much money from, tho. Most don't seem the type that would be able to hold down jobs, leave along good jobs.

You finished Heaven's Official Blessing, and you liked it. Me too. I liked it more than MDZS bc at least in this anime one dude carries the other princess style in his arms hahahaha. JK, but they definitely had more chemistry and Cheng Hua definitely was a more expressive boy than Wangji. What do you think?
And have you read the MDZS novels? I'm curious about them but Chinese BL novels are notorious for slow development of relationship between two "bros". I don't wanna read two chapters just to find out they hug and smile in the end wtf

sweater Jan 4, 3:22 PM
you bringing up Cornelia made me remember that what is up with Dimitri mother is never explained. I feel like so much of Dimitri lore is just missing in the story. So much is said but never explained and I find that even more annoying than if he lacked any background. Actually all the lords have passed that have so much to them but just never have the detail explained. It'd be neat if we got some comics or stuff that went more into their past

Lmao yeah Kpop probably has the worst stans. I never understood what it is about pop bands that make people go /that/ crazy. Isnt the point of music so you can chill lol. If you got strapped to a chair for torture and had to listen to just extremist Edelgard stans how long do you think you'd last before breaking

yeah we got vaccines out now! hopefully this can lead to cases dropping and things steadily going back to normal. sadly our govement is pretty incompetent here so who knows. they keep going 'we wont do a lock down. send your kids to school' to 'lock down tomorrow. do not send your kids to school' and people are just fed up with it. nobody cares anymore and is goingback to normal life even with covid because we just cant do anything else. on your end it seems you're in a similar situation with people not caring and trying to treat it all as normal

So in short Leonie and Edelgard could be more likable characters if they were so thirsty and were aware of others feelings more lol. i really hope the next game is worked on just a bit more. this could of been the perfect game

eie Dec 24, 2020 9:39 AM
I changed my pfp
but the one before this one was Edward Elric from Fullmetal Alchemist: Brotherhood
It's the highest-rated anime on myanimelist 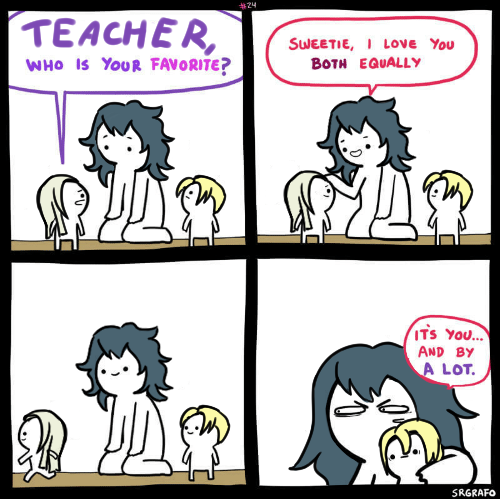 yeah it canon dimitri tries to kill everyone on his own. its really sad to see how bad his mental state goes. i hate how brushed off he gets in the other routes though. like his not a threat just 'depressed guy who dies' :( and with supports it would of been neat to unlock dimitri/claude/edelgard supports. like maybe after you beat the game you could have them as bonus finishing the game prizes

sadly fire emblem is one of the worst things with 'stan culture' if you say you like or dislike a character you're met with an argument on why you're wrong. things i'm into like danganronpa use to be really bad on that aspect but died down and nobody cares who you likes now but with things like fire emblem it just gets worst every game. edelgard stans are probably the wrong though. at least dimitri fans are more likely to admit dimitri is a flawed character too. claude fans seem to be the only chill ones. wish we got their fanbase lol

hope everyone there stays safe. here in the uk right now its getting to the point everyone is fed up of the lockdown and just treating the virus like it doesn't exist so i'm expecting major spikes. sadly my family has become one of those people too :/ and yeah its a great to know that i don't have a child right now in theses circumstances. so many families must be struggling so badly with this. you have those who have no choice to send their kids to school too so they can work. not great all around

edelgard reaction to jeralt could of been great if she had both comforted and scolded byleth but it was just scolding her for mourning. edelgard herself has lost family so it's really weird she seems to care so little. but eh some flaws of edelgard i just write off as them not giving enough attention to her. like her route is so blantly rushed compared to the others. people hate leonie's support as it only unlocks right after his death which just kinda puts a sour mood on the whole thing. if you could unlock it any time people would of been fine with it