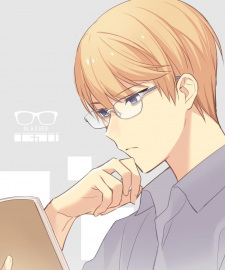 _KaSa Aug 2, 10:11 PM
Thanks for the beautiful card >.<
It turned out really good.
Also i liked how u decided to use the happy arisa than the serious arisa i sent xD
The green-ish and blue-ish stroke lines on the edges gave it a nice touch of forestcraft class which i really appreciate >.< :thankies:
Also i see what u did with "forestcraft" :yay: i really like it how it's in green these little yet important details make me soo happy T_T
I'm gonna request other cards of shadowverse from u every month >.< hope it's fine with u
Again thank you so much :D
yoroshiku onegaishimasu~

Lil-Bird Aug 1, 10:34 PM
Alexis Tipton I think is considered a newbie, least when compared to the others, but eh, I disagree about Monica Rial. Loli voices aren't all that hard to do, and that's typically all she can do. She can blend in if voice-directing is fantastic, though (Monthly Girls' Nozaki-kun was a surprise), so anything from ADV and Sentai are where she shines the best since they at least care about quality. The current Fruits Basket dub I think is fine, but whether it's because everyone's gotten older or it's a result of the simul-dubbing, they don't have the same energy like in the 2001 series. Wasn't distracting, but I noticed it.

DBZ has the memorable action, but there's a reason it's infamous for stretching out fights for several episodes. Yu Yu Hakusho's fights are a bit more stylized and have reasonable time-limits, the Dark Tournament was just the animators showing off, I bet.
I know, right? Digimon deserved better in the U.S., but there's times where I'm still glad it never got as popular as Pokémon. The playground fights were just bonkers, I was the odd one out for being a fan of both shows.

Oh, Kenichi's anime never adapted the entire manga? Interesting.
Sweeeet, I wish Dad was more willing to watch anime, he's able to put up with it better than Mom lol. But he gets busy, of course, and I'm honestly a bit unsure which anime to watch with him. Not that we don't have plenty of shows, I just don't know if he'd get into them. He got quite a bit far in with Attack on Titan on his own volition, though (and subbed, too, think all those Korean horror movies won him over to subs), so there's hope yet! XD

Do you have yourself a physical collection, or is it digital all the way?

Lixa Jul 25, 3:43 PM
There's actually a lot of cases here but it's like the Swedish government don't care.
The place that I work at is very popular. It's busy all the time and I have to stay over often.

Astraea_ Jul 23, 6:41 PM
I'm annoyed at the breaks now for anime like this. I'm fine with it as long as the pause actually means something and everything is great. I would much rather have this than for the episodes to be rushed but 24 episode animes have been around since forever so I don't understand the sudden trend in recent years. This especially pissed me off with AOT season 2 being 12 episodes when fans waited 4 years for it and I'm somewhat annoyed with Re Zero's as well but again its only a 1 season break and maybe its because of the virus, but who knows.

Astraea_ Jul 22, 2:57 PM
I've only watched the original Ghost in the Shell movie and didn't care for it and remember watching a few episodes of SAC like 8 years ago and didn't care for it either. Mushishi I enjoyed the first few episodes but then got bored around halfway through and dropped it.
Re Zero I'm really looking forward but I'm probably not gonna get around to it for another year. Funimation didn't finish dubbing the first season until February last year and I have no idea if they even licensed season 2 to simuldub it. It's also somewhat annoying that they're splitting the season in half when fans have been waiting like 4 years similar to AOT but at least its only a 3 month break when AOT 3 was like another year

Lixa Jul 22, 6:37 AM
Here in Sweden there's no quarantine and people don't really keep distance so it's not that safe haha.

I don't mind newer voicework because, well, people are getting older and so new blood needs to come in, but I think there is something amiss with a lot of new talent. Either they're not being directed properly because the oldguard is too crotchy to give up their jobs, their voices just aren't "unique" or "raw" enough to stand out (older dubs have that raw feeling in the voice-actors not because of age, but because of training/location) or they're only being hired for their looks--which makes no sense, but whatever. But I think it also doesn't help that the simul-dubbing hasn't really been all that great. It tends to be a bit half-assed because they're rushing to stay on top of things. Think we're in for some rough times tbh.

Yeah, Pokémon was one of my firsts, but so was Digimon and Cardcaptors. I like to say that even though 4KIDS pretty much got me into anime since I had no cable, getting the Escaflowne movie for my 13th birthday permanently cemented my love for anime. Helps it was the first mature anime I've ever watched (it would've been Scrapped Princess, or maybe even Kodocha, but I only saw a few episodes at the time). But seeing Yu Yu Hakusho at a young age sounds really awesome. I would hear about DBZ, but not Yu Yu Hakusho, the superior series. The things I missed out on lol. Although Code Geass is a good foray, too. I found some random shows on YouTube in high school as well, but I didn't watch those series all the way through until much later during college once I got my own laptop.

I think when it came to manga, while Fruits Basket was my first (well, actually it was Pokémon Adventures, but I didn't realize that, then), Dragon Ball was my first full completion. I binged it after graduating high school, would sit at the kitchen table all day to read it on some shady scanlation sites lol.

Got any family you watch anime with, or is it more personal?

Astraea_ Jul 21, 1:13 PM
I hope so too, I hope there isn't a bunch of filler or that it feels like the author is just padding it out sort of like Nisekoi
Also have you been watching anything good recently?

Lil-Bird Jul 20, 11:22 PM
I dunno how you found me, but I'm just dropping by to say thanks for the invite, but I don't think I'll join since nothing about it has caught my eye, and I try not to join too many Discord servers because I have a hard time juggling even a few servers lol. But I'm still willing to strike up a conversation if you're up for it, so it's not a total loss.

I've noticed you're quite a fan of dubs. Rare, brave soul who wears it on his sleeve. I enjoy dubs myself, though I'm a sucker for Central Park Media (to hear 4KIDS actors swear lel) and ADV Films dubs. I tend to go for those whenever it comes to watching a show dubbed or subbed first lol. What was your first foray into the world of anime, anyway? Sonic's more for video games unless you grew up on the OVA, so it couldn't have been him. Maybe.

Astraea_ Jul 20, 10:46 PM
Yeah it's a mix of the art style and also because the chapters are on the longer side and there a re a ton of words on it for a manga. I've seen the original 2001 and thought the style was fine and the remake looks even better. I've definitely going to watch it once its all done. I believe there's going to be 3 full seasons in order to fully adapt the manga.

Astraea_ Jul 18, 1:36 PM
Yeah I don't typically like shoujo art styles that much. Easily one of my least favorite styles. It's mainly just the faces, mouths, lips, eyes, etc. It just bothers me. Bad animation is very distracting too but it really depends on how bad.
All Comments