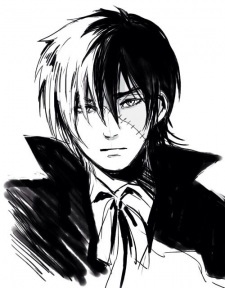 justasadguy May 9, 9:30 AM
just finished reading solo Levelling, shit was HOT!! It hyped me up a lot, and the art was as good as Yusuke Murata's!!!
thanks for the background music, I also used this: https://www.youtube.com/watch?v=aBxLgW9lE64&t=3630s
I feel sad for ou having to cope with political instability, but don't worry even here in Italy we have issues with the political class, probably Europe's worst...

justasadguy May 7, 1:41 PM
I hope everything gets better in Morrocco!!
Maybe you will end up like UK, Denmark and the Netherlands, where the exams got cancelled, so you will not have to repeat the grade
Tho, I'd like to have another High School year instead of having to go to the university in September 😭😭
Thanks for the positivity mate🙏🙏🙏🙏
InshAllah🙏🙏🙏(hope my spelling is correct)

justasadguy May 6, 10:58 PM
I'll have my final exam around June 19th
Arggggghhhhh I'm so anxious
But i'm finding some free time too
May will be a hell of a month, every teacher is starting or wants to start oral test via Skype!! They will ask us about all the arguments we studied this year
F for me

Otaku_Ruan42 Apr 27, 3:48 PM
Now I'm really excited to read Tokyo Ghoul, I already felt that I missed a lot just watching the anime.
I realize that Devilman Cry Baby and Devilman have very different atmospheres, the manga must be a very unique experience too.
Most anime are manga adaptations, so the manga world is to be expected to be more extensive. As soon as I finish Soul Eater, I will read Onanie Master Kurosawa, another well commented one.

Henrique_burro Apr 26, 7:33 PM
Yes bro, that's right, everyone is different and not everyone has the same opinion. But it would be nice to have someone with the same opinion as mine, but do what. It is really commendable, I love RahXephon very much and seeing that he is not famous hurts me sometimes.

Otaku_Ruan42 Apr 25, 12:17 PM
I want to read the Tokyo Ghoul manga, I watched anime a few years ago and I didn't like it, I want to resume the story through the manga. Do you think the manga is better than the anime?
About Devilman, I saw the Netflix adaptation, fastastic! I want to know if the manga is as good as it is.
I understand you, I'm having my obsession with manga recently. It is more feasible for me to read a few chapters of manga in the short vague moments than to see a part of an anime episode. I'm currently reading Soul Eater, but I haven't added it to the list yet.

Otaku_Ruan42 Apr 25, 11:20 AM
Thank you, you also have good taste haha
What are you currently watching?

Henrique_burro Apr 23, 9:21 AM
I understand.
10 for RahXephon, it's rare to see people giving such high marks for this anime, I already converted some friends to watch and they gave 8 and I was the only one with 10. Cool to see people like you, with good taste hahahaha.
All Comments