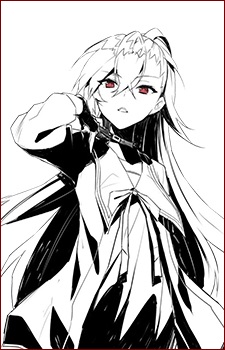 Levitou May 27, 3:16 PM
only partially inactive

-Riptide- Feb 6, 3:10 AM
Well I had high hopes for them too bad they didn't even get to play a LAN tournament

Yarub Apr 24, 2020 3:08 AM
Clearly. You definitely won't remember me because I generally wouldn't argue over Islam with people that just do it out of hate and not curiosity; there's no point in wasting time to try to persuade them. Most of them were pretty much just that. Although sometimes, you'd see me do that, but it's mostly just me replying to some one and that's it.

Yarub Apr 21, 2020 5:45 AM
I only posted in threads that interested me because I don't look for quantity. Plus, my post count shows that I do 3 posts per day since 2015, which is pretty high imo. Way too much time into this shit site. I also never went on clubs so that's another thing about it.

Back in the day, I used to post mostly in Islam related topics, when they were all the hip in CD/CE.

Yarub Apr 17, 2020 9:48 PM
Oh, that's no longer a concern. People get banned left and right for "trolling" even though you could really tell the users were having a laugh about it. It's just funny and sad at the same time how a community would kill itself this easily.

Come on, an alt with 5.8k posts and active since 2015? Don't think so. I'm actually quite hurt how you don't remember me.

Yarub Apr 17, 2020 9:25 PM
The current userbase has nothing to offer, so my activity also just plummeted into oblivion, but I come here from time-to-time. The forums have been dead for a couple of months now bar the usual drama between users. It's less about people migrating, and more about people actually getting kicked the fuck out of the site. Most of the old guys either got banned or were scared off by the new staff.

The current lineup is a laughing stock; there's half the previous amount of forum mods because no one wants to enforce their shitty rules, and the ones that are forum mods clearly lost half their brain in some kind of accident or another. I've talked to some of them and I can personally confirm it.

Yarub Apr 17, 2020 10:33 AM
How do you even do that on normal days? I honestly break down after a few days and just let my brain autopilot on this shitty forum.

Don't call me that.