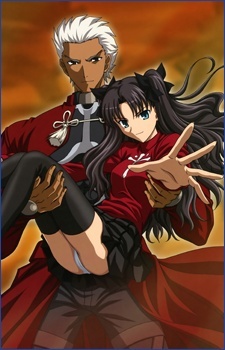 Which episode is that timestamp from? Last one from season 2?

CrimsonDonger Feb 1, 2019 2:38 PM
You're the type of Elitist i aspire to be. Excellent profile and excellent Oreimo review.

And yeap.. that ass pull!! I mean if your gonna go full garbage. Stay nasty and end it nasty. Don't pull a
"It was just pretend to get the fantasy out of the way" then.. what the hell was all that relationship destruction mode for!? *sigh* (－‸ლ)

CreativeNam3 Oct 6, 2017 6:30 PM
I just read your Oreimo review and I just have to say it like many others here on your profile what an amazing review you literally spoke my mind perfectly. I've never been that angry at the end of a show before lol amazing job.

Siinclaiir Jul 5, 2017 9:35 AM
21 verse 12 reads "This number is your one chance to save yourself from the disasterphe"
If only i have read the scriptures carefully... i would've be a saved man...forgive me...

- 10PM
- Decided to binge watch Oreimo
- 7 / 10 so far
- reached OVA 2
- saw review
- 21 12
- ignored
- upon finishing it i found myself staring at the white ceiling with my tired bloodshot eyes thinking "what a waste of time"
- 6AM, I immediately go back to review
- read...spoiler footer note
- feelsbad.jpeg
- double clicked helpful.exe....
- 3 / 10
- puts bag on face
- dies...
(lol but seriously that review was gold dude and that spoiler foot note really stings after looking back at it XD. Honestly i thought this series was about being a 'closet otakus' accept for who you and not being embarrassed what others think but suddenly shifts upside down on 2nd season especially OVA 2 to the point it felt like a inside joke of the anime industry....maybe it is idk... anyways this is long enough and again damn good review dude)

Osyx Mar 4, 2017 4:17 PM
I just stumbled upon your review on Oreimo OVA 2, and I just got to say that you were spot on. You managed to write exactly what I was feeling about it for all these years but never could express, and very skillfully too.
So have a round of applause and let's both wish that we had never seen that abomination of an ending.

Im referring to this trash of a meme

PrOxAnto Sep 24, 2016 12:20 AM
No problem at all.
Still have a feeling of emptiness after finishing though, really liked the show apparently :D
I just really liked the way Kirino and Kyousuke got together eventually etc.

PrOxAnto Sep 21, 2016 3:18 PM
Great review on OreImo's ending.
Even though it was bound to happen since it's not accepted in society and they cant get married etc ... ;
It felt like you said, a cheap way to end the series, he's stuck with no-one in the end even though he knew he was going to end it after a while anyway.
Could've just not told anyone and still had a shot with any of the other girls really.

Again, review was spot on.
All Comments