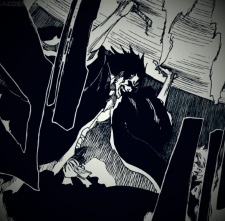 - Nanatsu no Taizai: Imashime no Fukkatsu

- Darling in the FranXX

Wish you all the best this holiday season  and throughout the year.

Darktenshii Nov 6, 2017 1:14 PM
You're probably right that both has his own style, I might consider it after I'm done watching with all of them. That's cool then, let me know if you have any other recommendation I would be more than happy.

I've heard the manga is way better, have you tried reading it?

Darktenshii Nov 5, 2017 7:39 AM
I know right! we have great affinity ;`]
I've seen the two first episodes of Kaiba long ago and I don't remember very well the reason why I stopped watching it, I might have gone busy or something. I never realized that Ping pong and YST are both from the same director, they both have different art styles and anybody who never seen those two would have thought the same thing. I gotta say Masaaki Yuasa are one of those important directors of the anime world and it's a shame that I've never checked anything from him yet. I think his works are similar to Satoshi's because have psychological genre on them.

Nope, I didn't see Mind Game either.
Thank you for your recommendations man! I will definitely check on them, I will re-watch Kaiba since I already started, and then I'll see what I will watch next. Should I watch Mind Game first and then the two series after? what do you think?
By the way, nice move dropping Tokyo Ghoul that show sucks.

Darktenshii Nov 4, 2017 2:18 PM
Hey there, nice to meet ya bro, hope we get along!
You got some good stuff too that I need to check on like Ping pong and Yojouhan Shinwa Taikei :]