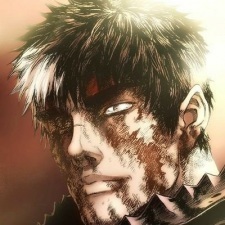 shizukasensei Mar 4, 7:27 AM
Lmao, must be tough getting all of this comments about your kaguyasama review

-Frost- Jan 28, 8:39 AM
Even though you have that hack Naoki Urusawa on your favorites list, you will always be a legend in my heart of hearts.

DemonLordRT5 Dec 24, 2019 8:52 PM
Stop torturing yourself by watching animes . Your rating system is crap and you are too. You don't even know what type of anime you like .how pathetic is that! Stop ruining good animes.

N1eR Dec 16, 2019 10:15 PM
Having them as favourites while whining about Kaguya IS pretentious, because you have no idea what you are talking about. And that anime is far from my favourite series, but sure, keep dreaming that your worthless "reviews" can trigger anyone. Let me guess why you like Guts that much - both of you are blockheads, so you relate to him.

slothplay Nov 22, 2019 1:32 PM
Hey man, just wanted to point a few things about your Dungeon Review. Pretty much agreed with everything you said, this season was kind of bananas, JC staff has most of the blame in here, history follows as shown, but too rushed and with barely any detail.

About Ares arc, it isn't completed, dunno why they took this approach, but *spoiler* outside war and hestia's kidnapping should've been a distraction for somethins else, well without it everything is simply purpose less.

About Aiz, she's a major Character that will be developed later on, try watching sword oratoria, it builds up some expectations.

Abuout Bell's levelup, this is what motivates me to comment in here, you got it all wrong, bell got to level 2 after fighting with minotaur, later on he goes inside the dungeon, find a major danger, survives it all, fight a dungeon boss and even delivers the finishing blow, you have to keep in mind that "XP" in dungeon is about living an adventure, facing your fears and overcoming hard situations, but even after that he didn't reach level 3 (level's 2 and 3 shoud be the easiers to get to), then come's apollo arc, he trains with aiz and tione, wins the war game, and only then get's to level 3. *spoiler* level 4 only comes 4 books later.
All of haruhime's arc Bell is still level 3, even when fighting Phryne, he only got to level 4 temporarily through haruhime's skill, that's why he didn't won, just annoyed her a bit (phyrne is a 5).