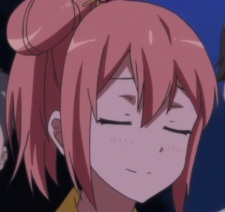 Okeanix Mar 19, 2021 10:12 AM
Re:Zero is not a series you can judge each season seperately when every piece information is connected to each other.

Season 1 foreshadowing Season 2 and Season 2 explaining and callbacking Season 1. Same for future seasons. It is very depth and heavy series only few people can understand if they focus on the deep meaning.

Someone probably changed your mind because there is no explanation. You gave S1 a 9 like i did and S2 a 10 like i did, but you are pretending it is worse somehow when you rated it higher. Lmao

Okeanix Mar 19, 2021 10:05 AM
Filler? Lmao you didn't understand Re:Zero at all even Season 1. I don't know what you liked about Re:Zero so much when you are so close-minded. You are probably one of retard rem fans who watch this series only for Rem and Subaru's torture.

Re:Zero is not about that, never was.

Re:Zero is long running series, you judge Season 2 like retard while it is foundation of every season, it is most important season.

Not even need to mention she is important character.

Wow such an trash series takes it time to explain lore, world and characters while it is fucking 200+ Episode Series. When other long running series dive into filler hell.

I'm one of biggest Re:Zero fans even i didn't gave Re:Zero Season 1 a 9 because it is rushed. Arc 3 anime version is not did justice.

Okeanix Mar 19, 2021 9:53 AM
Please don't write in forums anymore and remove Re:Zero from your favorites.

You are too dumb to understand Re:Zero, i don't know what you liked about it. Maybe because trash Rem? LOL

Okeanix Mar 19, 2021 7:04 AM
Mushoku Tensei is garbage and anyone gaves a ten need to go mental hospital.

i've been thinking about reworking how i do milestones, so i haven't posted the 700th one yet. no concrete details yet, but still in brainstorming phase :)