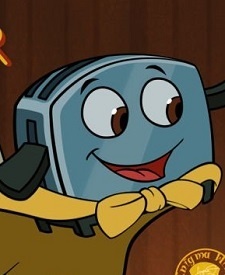 Both series deal with the archetypes present in most fairy tales. While Princess Tutu explores the way the pure archetypes would interact in the real world, Utena looks at how these same archetypes would be either muddled or destroyed by the many shades of grey that exist around us, as compared to the black and white heroes and villains of a storybook.

These two shows deal with similar themes, including mortality and the loss of memory. The girls in both have a gentle innocence about them, though Gunslinger Girl's are marred by their purpose as tools. Excellent series to compare and contrast because of this.

Both are just oozing with visual symbolism with a number of similar themes shared between the two. While Angel's Egg is clearly an original work, Adolescence of Utena exists within the framework of the series upon which it's based.

Both shows have similar character archetypes and interactions. One won't find many similarities in terms of plot or setting. But the way that the characters are portrayed ultimately gives one similar emotions that can best be described as "a warm fuzzy feeling."

This is an excellent series to compare and contrast with Star Driver. After watching both series, one can see countless parallels between their characters, plot, and structure, to the point that Star Driver is often referred to as Utena done with giant robots. You will have a lot of fun pointing out all of the little shout-outs to its spiritual predecessor.