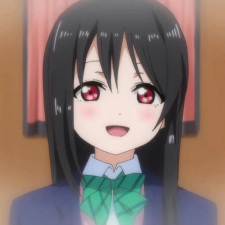 FeuerdracheBlade Apr 11, 2020 7:30 PM
Oregairu I saw that your season was postponed because of covid19 "Youth romantic comedy, which is scheduled to be broadcast from this spring, is wrong. The broadcast was postponed due to the spread of the new coronavirus. Humbly, thank you for your understanding." Coronavirus outbreak is causing a lot of fan conventions to be postponed indefinitely or even get canceled. Biggies such as Anime Japan 2020 and Anime Boston 2020 have already been canceled. The virus outbreak has also affected release schedules of anime and manga this is really bad dude :/
Well I understand your side a little haha for example I hated MCS like Houtarou more today I think this type of MC is cool from what I saw Oregairu MC has a similar personality so I think I’ll like it. I have a thing for highschool anime I think it's a cool environment interesting your perspective.
Yeah also one of the reasons i want to watch is because i saw some gifs, images of her and really waifuuu is she also one of the most beloved on the show or am I mistaken?

So dude with bnha I agree with you this season I think the show has decayed a lot this season is very bad in terms of production, even more than the third, many people are complaining about it , but for me the biggest problem is how this lack of budget ends up affecting many other issues indirectly and directly, the director they asked is not the best but he is trying, even if it is not enough. The text of this season alone is wonderful, full of very interesting ideas and a paradigm break between society and the hero-villain item, Overhaul is an incredible character only for his existence, but unfortunately he is much more "villain" in manga, because one of the biggest problems of this season was the adaptation, they just took the storyboard from the manga and passed it on to the anime and it ended up breaking many scenes that were supposed to be perfect. But as nothing is how we want it: P, this was supposed to be the best season, at least the best cour, from boku no hero, ended up going unnoticed, leaving only a great villain behind.
Well black clover I only watched until ep 14 then I didn't see it anymore I go to the manga seems to be better than the anime.
One that decipinated me was Nanatsu no Tazai this last season that had what animation was that? wtf and one of the most anticipated fights was spoiled sad.

In my current philosophy I can't accurately gage whether I will dislike or like an anime/manga if I don't read/watch the whole thing. Never gunna drop but I understand you dude.

Got it, As far as I know SAO is it always a reference in your anime genre or am I wrong? maybe i will try sometime.

Thanks man I didn't really know that Sakura had a previous anime I will watch at some moment. Sorry for the late reply btw.

FeuerdracheBlade Apr 4, 2020 6:33 PM
Oregairu It's an anime that I still want to watch atm because I see a lot of people who like this show.
Well I don't drop any anime and also watch seasonal anime is one of my passion, although you end up watching some bad animes.
But tell me why you dropped sao s2? it was really bad?

Nicee bro so far i just watched Sakura Wars the Animation Episode 1 and i have to say trash 3dcgi I didn’t understand the story much maybe because it’s game adaptation. I'm looking forward to Fruits Basket s2, Kaguya s2, My Life as a Villainess.

FeuerdracheBlade Apr 2, 2020 5:59 PM
Yeah I realized, really got cool dude xD
Hmm got it, well from what I looked, at this season promises to be very good, but which one are you planning to watch first?

FeuerdracheBlade Mar 29, 2020 6:24 PM
I had forgotten that without Mal Support you can add only 10
I understand your point of view bro, well at least you have one manga in favorites ahaha, Boku no pico Masterpiece LOL btw what is the character of your pfp? I feel I know who is it.

FeuerdracheBlade Mar 27, 2020 6:30 PM
Thanks bro for the recommendation, I'll check soon XD
Why is your anime favorites empty?

DarknessReality Mar 16, 2020 6:47 AM
Oh dont get me wrong I absolutely love both of them. Its because I watched the anime back in 2016 when I gave out 10/10s like they were nothing and only got into the Light Novel recently. The Light Novel is absolutely amazing, I love it. Recently got volume 8.

TyDrian Mar 3, 2020 12:34 PM
100% felt you all the anime I judge have nothing to do with popularity
People really can't think fr themselves these days and it's sad
The amount of bandwagoning is sickening