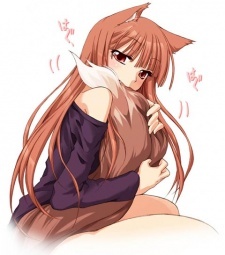 its been a really long time .. how have u been ?

OokamiNoSeishin Feb 5, 2014 1:07 AM
No worries ^_^
Thanks :)
Nah, thanks nature im still working where i used to, only that changed is my Mal profile :D
i finally got the time to change it :D and as usual im adding new anime at my list xD
How about you? Hello there, my fellow blood mates. It's not unfamiliar to me that ever since this club's inception, I have usually been absent thus not doing any significant contribution to this club; reason due to which the club has been pretty much dead in spite the fact that there are around 40 members now, which, in my opinion, is a pretty decent amount considering the dire situation anime has in our country.

Anyway, to spice things a bit I am presenting to you the Ultimate Showdown of male characters in anime/manga: The Biggest Muscle in Town, or some would like to call it by BMT! The plot's simple; all you have to do is nominate the characters you'd like see in the showdown competing with others' characters.

Rules of the game:
-One can nominate up to two characters only in the showdown.
-There should be no repeats in the nominations, i.e. the two characters to be nominated shouldn't have been nominated earlier by some other member of the club. (In order for that to work nicely, I'd keep on updating the original post.)
-The "Biggest Muscle in Town" doesn't at all mean that you're attributed to nominate only beefed-up men; any man you like from any anime/manga would get a fair chance to get nominated
-Since there are around 40 members in the club as of now, only 50 characters will be able to get nominated and thus compete in the roaster.
-After the nominations are complete, another thread will be created in which every four days, voting will be commenced between four random characters; the winners of which, will go in the consecutive rounds to compete with the fellow characters; eventually, the "biggest muscle in town" will be disclosed chosen by our very own blood mates, the members of Exotic India.
-Every four days, each member will be given a PM to be reminded about the new roaster.
-One would only be able to vote for two characters, only once, in the initial competition.
-And, yo, rules aren't meant to be broken here.

OokamiNoSeishin Feb 23, 2013 5:09 PM
XD
Yep i agree and you have a point about the cappy ones but well we got a lot of watchers who like those crappy ones xD

OokamiNoSeishin Feb 23, 2013 12:03 AM
Really?
Well i don't know why it won't show to you too,to me it says clearly and not aired yet anime,well anyway xD
No i haven't watched it yet but i will its in my list :)
And form the ongoing the only one im watching right now is Sakuraso which i like too.

OokamiNoSeishin Feb 1, 2013 10:43 PM
No i don't read mangas either xD
Its not a manga its an "not aired yet" anime.
Yep GGO is the 3rd sequel to SAO and there gonna be another 3 chapter i think.
Action-Romance huh? yeah im looking for that myself too but i haven't find anything yet :/

OokamiNoSeishin Jan 29, 2013 1:19 AM
Oh ok xD
Well thats true the only anime im waiting to see right now is Highschool DxD for more Ecchi xD and Photo Kano for more romance cause lately i've been watching to much action.
Also im really curious about Gun Gale Online i really liked that previous chapters so i bet thats gonna be good too :)
All Comments