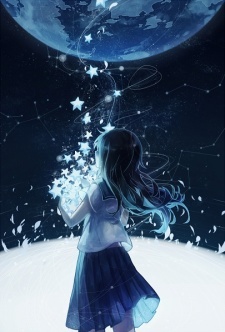 Zen Feb 11, 2015 4:12 AM
Yeah, I hope he gets better soon. He should also do his works monthly instead of weekly. I guess I'll start reading HxH manga soon. I'm going to get started on watching his other notable work, Yu Yu Hakusho.

What do you think of Oyasumi Punpun so far? It's pretty funny how people react to how this manga can start off however then later see how drastically the story changes. It's very dark and I just love this coming of age story. The art, especially the backgrounds and scenery, is beautifully drawn. You'll definitely love Asano Inio. His character driven stories are so relatable and real.

Watch this MMV. It's sort of a preview of what's to come. Song fits with the manga, too. Watching this made me feel so empty haha; makes me wanna re-read again.

Zen Feb 2, 2015 8:12 PM
Honestly, I agree. This show has so much character development for practically every character in the series. I love most to every villian; they're so in depth. Madhouse is godly with the consistent, smooth animations. I don't mind the slow pace since I always prefer development over action any day. Episodes rapidly go by the second anyway.

It's really hard to enjoy this show at the moment with only 3 hours of sleep because of the lack of "feeling" I get from these amazing fights or suppossedly intense moments, haha. I need to fix my sleeping schedule to get rid of this grogginess.

Now you need to hurry up and finish Oyasumi Punpun. I advise reading it in large sections; ~25-50 chapters. It's my all time favorite and you'll eventually understand why. It really needs an English license!

Zen Jan 29, 2015 11:02 PM
Should I put Hunter x Hunter as a top priority to watch? I'm on the Yorknew City Auction Arc, stopped after Kurapika, killed ya know yeah...so badass, haha. I haven't watched this in weeks. Dont worry, I'm putting this aside because of my schedule atm, yet it's so amazing. In other terms, put aside some of this season's shows and just binge watch HxH. I have high anticipation for the Chimera Ant Arc as I've heard it's just as or even better than the arc I'm currently on.

Zen Jan 9, 2015 9:00 PM
Oh yes, I had a very good winter break. Went to California to visit family the whole time! How was your winter break?

Zen Dec 16, 2014 2:18 PM
Oh god. I just finished Watashitachi no Shiawase na Jikan and it was a very intriguing and an astounding read. It's about a pianist, named Juri, who attempted to commit suicide 3 times. Her aunt takes her to a prison where murderers who killed indiscriminately are sentenced to death to help her. She meets a man named Yuu who's sentenced to death row for killing 3 people. Throughout this short story, it focuses on these 2 characters, whom you find out about their past, thus understanding their personalities. Each action that they've done in their past and now, you see a justified answer as to why they do this. Honestly, this story has an amazing rich character development, making the characters flesh out creating more depth in their personality as you see them bringing up the past to cure their present. You'll definitely enjoy this. It has this psychological aspect where it preaches these morals and messages right out to you making your heart grip together. Seinen genres are the best aha. Finish Oyasumi Punpun, too! Both of these are an amazing read and you can definitely finish this one I'm recommending in one go as it has 8 chapters,

Zen Dec 14, 2014 10:53 PM
Oh and read Oyasumi Punpun. By far the most realistic manga I've ever read. http://myanimelist.net/manga/4632/Oyasumi_Punpun Sorry, but I don't have a lot of time to give you a summary, so read the synopsis on this and don't get discourage because the main character looks like a bird, as it was intentional as the author just drew him as a bird to take the reader into Punpun's world. If we would know his true appearance we won't try to understand him. We would just see him as "someone else who had that experience". I think the author want us to empathize him to feel his emotions and try to see the world from his eyes :b. Maybe read reviews if you're not yet interested. Very melancholic manga, so don't read this when you're having a bad/depressing day. Definite must read

Zen Dec 14, 2014 10:30 PM
You should read Koe no Katachi. It's an amazing manga depicting the themes of bullying and the hardships of physical disabilities, hearing impairment in this case. Very rare to see this in both anime and manga. Ishida bullied Shouko Nishimiya, a deaf girl, in elementary school. He never understood her as he thought she was an alien from a different plant. As a kid, he was bored all the time and to alleviate his boredom, he picked on Nishimiya to the point of her transferring. Of course from this point, you'll probably hate the main character, but from exclusion from his former friends and the victim of bullying. You get to see what he goes through from elementary school up until high school. He also learns sign language just to apologize Nishimiya. The art is very well done, considering the chapters were published weekly. There are many characters that are fleshed out and understandable, especially Ishida as you see him develop when he makes amends with Nishimiya. Many events just pull you in in shock as it feels real. You could see the psychological standpoint from this, trying to understand someone whose voice is silent. Drama filled, a little bit of romance, and a definite slice of life aspect. The ending could be underwhelming to some, but I definitely disagree to an extent, yet agree a little bit. It's only 64 chapters, yet it goes by so fast. Tell Kurama to read this, too!

Basically, this story is about him going through redemption.

Zen Dec 14, 2014 9:26 PM
Oh yes, I do love me some underrated anime. If you two say it's an amazing show, I'll definitely get around watching it when when my schedule opens up a spot. :3
All Comments