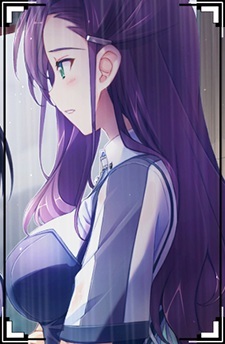 Togata- Aug 8, 2018 10:45 AM
Haha yeah finally, still most of my old friends went inactive here so don't really care about this place much nowadays.

Yeah pretty overrated, as I said before, the Maou reveal was a huge plothole since it doesn't make sense with other routes, how he switched off when mc "found love" thus implying a split personality. Contradicts logic really.

Otherwise somewhat enjoyable vn, mc development was good I thought especially how the epilogue turned out. Some routes were dragging though and yeah true route is the better one.

About having g senjou as my first VN, it's generally recommended to newbies as the Death Note of VNs actually.

Togata- May 16, 2018 9:55 AM
Yeah it was my first VN lol, due to its huge popularity. I thought it was an alright one, the mystery aspect is certainly not the best(there is a huge plothole later on for a certain twist, and VNs like umineko, fata morgana or even Kara no shoujo handles mystery far better than g senjou), but as a thriller it's quite a decent read for the mindgames and all, fairly enjoyable I guess. First route i.e. Tsubaki's route is a bit dragging though, imo the true route is certainly the best by quite a margin. Good to see you trying out more mystery/thriller VNs though.

Togata- May 4, 2018 2:05 AM
No problem, thanks for accepting. Thanks, she is Rusalka from Dies Irae. Nice profile and vn list too, still waiting for Chaos Child pc release.

Aldnox Apr 4, 2018 7:45 PM
No problem. There's a reason why CAVE's bullets are most of the time bright pink and bright blue, those colors are very visible.

I see. Suguri looks a bit outdated, but hey, maybe it's fun.

I actually haven't played many of Orange_Juice's games. I haven't played QP Shooting Dangerous, but I've heard it's pretty much the same as Xmas Shooting Scramble which I hated. The reason for it is that, while it's very easy pattern and route wise, it's still somewhat hard, but for the wrong reasons. Fake difficulty, basically. One of the most important things in a shoot 'em up is making sure that the bullets are visible. Well, 30 seconds into stage 1 you have a midboss that shoots a mist that covers its bullets. You also have special effects that cover the bullets, in stage 3 some harmful sprites look exactly the same as some harmless sprites, some bullets have very similar colors to the background, and more. It's pretty dumb.

I haven't played Suguri, but Sora is pretty good. I can recommend that one, it's quite nice. It's also very beginner-friendly so it might be a good choice to play. Acceleration of Suguri X is basically like Senko no Ronde, so a very fun shmup/fighting game mashup. I've heard the online is completely dead though, maybe try Acceleration of Suguri 2?

uh.. i actually dgaf about 18+ sex scenes if thats what you're implying LOL