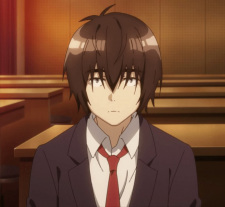 
On topic - Anime "Your Name" because of your Raiting


I liked the meteorite and time travel approach, but it was very poorly worked out. And almost no explanation. It just happened to move the plot forward, the fact that the bodies swapped and the time gap is just like that -Because the plot needed it to work-

I have to admit, it had a surprise effect on the audience and also on me, because I didn't expect the plot to escalate like that and I liked it. But I have seldom seen such a detailed plot. Maybe if "Your Name" had been an anime series, you would have gotten more explanation but not like that.

And the whole aspect of "Your Name" was only interesting at the beginning. Towards the end it almost became a meme of Sasuke and Naruto shouting their names at each other.

The characters weren't terrible in terms of that, just too rusty. Especially since it was declared 0 why they had fallen in love in the first place. It just happened by writing to each other. And the last 15 minutes of the film was spent looking at trains until the characters finally came and then - the end.

I would really like to know what exactly is so impressive about the story.