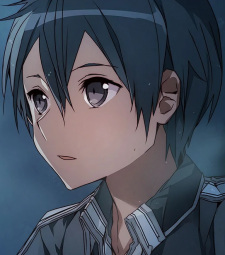 You're a filthy Serb peasant.

Bambi Mar 1, 2019 5:57 AM
Yes, though he didn't have the best serve and would always hit the ball into the net, especially as he got older... I just hope Alex maintains this level! I remember a time where there were great hopes for Kyrgios and Tomic but then they just went downhill. Though really, I think it was just because of their bad attitude.

Oh yeah! His dad is from somewhere around that part of the world. Some ppl say he should just play for them because he's a disgrace to Australia haha. A lot of tennis players from serbia and that have last names that end with c's. I bet even your last name does!

Imagine if you found out that for all these years he was really taking performance enhancing drugs.. and all his grand slams were taken away from him. Pretty shocking. Btw! I really like how you know a lot about tennis! I feel like most ppl on MAL don't know much about sports... I assume tennis is pretty big in Serbia.

Bambi Feb 28, 2019 6:16 AM
I looked it up and she's half Haitian, so I guess I was close... Oh yeah! Alex de Minaur is new and he seems promising! I hope he only gets better, at least his attitude seems better than Nick Kyrgios's! He's very talented Kyrgios, but he's got a bad temperament and I think the fame has gotten to him. Hopefully he'll grow out of it as he gets older. I'm hoping de Minaur stays motivated and humble! I think he will, because he has Lleyton Hewitt on his coaching staff (Australian player who used to be number 1 in the early 2000s). Hewitt is very passionate about the game and will hopefully steer de Minaur in the right direction. Do you know Bernard Tomic? I hate him so much, all he does is complain and literally said he's only playing tennis for the money. You probably don't know much about him because he plays for Australia and wouldn't get the coverage like he does in Aus.

He'll probably go on for a couple more years, but he's already 37! I think he'll try to but will fail. He seems to lose in the quarters a lot now.

What kind of job do you have? I've been ok,just doing uni work and stuff. Kinda sad but trying not to let things get to me. ^^

Bambi Feb 27, 2019 6:48 AM
Oh, I didn't realise that! Wait, is she half Hawaiian? That rings a bell. Yeah, but I wasn't alive during that time to fully appreciate it >.>
Roger Federer doesn't seem to be as good these days. Getting a bit old I think! I wonder when he'll retire?

Btw, how's your day been?

Bambi Feb 26, 2019 4:10 AM
She doesn't look typically Japanese actually, she has darker skin (probably from playing outdoors) and kinda frizzy hair. Unusual. I like her quiet manner though, because it makes her seem humble. You're lucky to have such a champion player... ugh. I love tennis so much and it pains me to have no one I can wholeheartedly support. :'c
All Comments