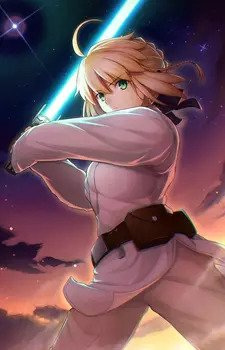 Hokuto_no_Lied Yesterday, 6:18 AM
Hello, JoBro. I see you also like Persona.

345EdwardElric Jan 5, 3:39 AM
Yeah, alongside his hot-headed, short tempered and aside of him, which is actually a facade, Ed also has a deep inner aside of him which is seen several times in the show, and several asides of his inner personality relates very strongly to his tragic & traumatic back story he had in childhood which is great thing about his character. He is someone who is genuinely very deep & yet very relatable as a character, which is the main reason I love him so much. He & Alphonse easily & genuinely have the best sibling relationship I've ever seen in anime, the sheer chemistry among them is sometgi g else.

Well, I can see where you're coming from TBH. Shirou tends to get some hate from several fans due to being overly naive and stubbornly gullible at times, so yeah can see why you'd be dissapointed by him. But yeah, he does indeed get significant & remarkable development in the second season through his dynamic with Rin & complex relationship with Archer. And yup, he does get strong power-ups for his mana (though a lot of that is thanks to Rin) and has some really jawdropping badass buttkicking moments in the second season. You might still not like that much even after finishing season 2 because his stubborn & overly naive personality aside can get quite annoying at times, but yeah, all I can say is that he does get a lot better in the second season compared to the first; a main reason why I like him so much is the development he received through Rin & Archer throughout the series and gradually became a badass from the naive, weak boy he was in the beginning who had to be protected by Rin several times & how he strongly adhered to his beliefs & ideals even at the times when he had his back to the wall & got his ideals ruthlessly questioned.

345EdwardElric Jan 4, 10:28 PM
Hi! :) Well nothing much as of now, just watching a ton of anime as a passionate anime fan, like it has been for the last 2 years xD, since I got into.mainstream anime.

Oh, so are you a fan of Ed as well? He's forever my all-time favourite anime character, my heart, soul & status symbol as an anime fan at this point.

I just scrolled down your anime list & have to say that you really have a great taste in anime. We have so much in common in our favourites as well. It's always great to see fellow fans of shows like FMA:B, AoT, Code Geass, KnY etc....cuz I'm a really big fan of those shows.

BloodSimple Jan 4, 2018 5:44 PM
A good story from any medium makes me happier than money tbhtbh.

happy new years, may we get many great anime this year

AdoSama Dec 29, 2017 1:10 PM
yes indeed
I have my collection of chillhop mixes so I put it on always and it's like a radio I let it play 24/7 almost on low volume
All Comments