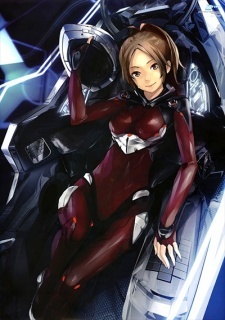 veluriel Sep 19, 2014 8:31 PM
I take issue with "a slight trace of truth if you see things from my point of view" though I believe that it is likely just a language/phrasing issue. As far as "not hearing about things like this" well I'd recommend reading up on the sociological phenomenon called "moral panic." I noticed you're not in the U.S. but I'll give you an example from here. In 2001, the number of shark attacks reported by the news exploded. They called it the Summer of the Shark. The truth was that there weren't any more shark attacks that summer than any other(in fact there were less than the previous year); but rather that the news media decided to make it important and give it an absurd amount of exposure.

The same happens with any other story or "trend." We talk about sex more (which, as stated in my forum post, is IMO beneficial), and we have exposure to situations/happenings in other parts of the country or around the world that just 15 years ago we would have never known about. That's not a change in behavior patterns so much as a difference in knowledge of that behavior.

I do understand what you mean about exposure and impression however.

The reality is that everything has become glamorized -- you can see it in almost every facet of media, though I'd argue it's most obvious in the film industry. Movies have to make billion dollar profits to be considered "successful" and thus end up largely similar: "save the world!" "EXPLOSIONS!!" In anime, the internet has vastly changed the playing field. For starters, we have access to pretty much every single show as it airs in Japan. This is a phenomenal development, considering that the first sub I ever downloaded and watched was Sailor Moon StarS on a dial-up modem on AOL. Yeah, seriously.

Now? We can get any and every show under the sun at all hours of the day, frequently subbed in multiple languages. The playing field is so large at this point, that you have to do something pretty spectacular to stand out. And SMC just isn't cutting it. The production values are so low, the expectations have tanked. The story, which flows beautifully in the manga, and is hilarious yet poignant in the original anime, becomes stale when you suck the humor out and give us lackadaisical art. So it's not standing out in today's market.

Even going back and watching the original, I can somewhat understand why younger audiences have trouble with it. It is incredibly episodic with its MotD storytelling and hearkens back to a completely different era both in terms of plot-pacing and art. There are shows from the 90s that I wouldn't or couldn't watch just because I didn't see them then and thus feel no emotional attachment nor a driving desire to watch them. In this I feel like those old shows, which paved the way for anime today, are not unlike classic literature. I'll read some classics, and some are definitely worth the time and highly enjoyable, but others bore the hell out of me.

I will always love SM -- whether it's the manga, the original, or begrudgingly watching SMC. But I understand that for people who didn't grow up with it and don't have the emotional attachment to a show that was just so fun, exciting, emotional, and relatable when I first saw it, it can be cheesy or corny. Hell, even I think some parts were cheesy and corny and roll my eyes as I rewatch for the hundreth time. But even being cheesy doesn't have to be bad, because it's also fun.

You can laugh when Usagi trips and falls for the millionth time even as you bawl your eyes out when everyone falls at D-point.

Frasier2098 Aug 25, 2014 11:38 PM
I know what you mean I just finished the manga and at the end I was like this is exactly like the ending of Independence Day with both of the characters making it and having their loved ones see them. Now that I finished it the manga near the end is not the best.

Frasier2098 Aug 24, 2014 10:40 PM
That makes sense but to be honest I didn't expect anything from both of those anime. Gantz the manga is way better than the anime, would you consider reading the manga?

Deactivated101 Apr 15, 2013 10:37 AM
Did you watch the video version?
https://www.youtube.com/playlist?list=PLOVs6w3Eu5pnmTEybwfY4ZBFSKPEqaMXS&feature=view_all

Inferno_Cop Sep 22, 2012 11:33 AM
SAO is Most overhyped thing I have ever seen.
Story-this is unoriginal .hack,digimon,11 eyes mixed.
Music-lowest level work of yuki kajiura I have ever seen.
Pacing-lol
characters-genric harem.
For u a troll review of SAO by a fanboy hope u will laugh
http://myanimelist.net/profile/Hilus/reviews

mdz Aug 24, 2012 1:38 AM
Yeah like I said, the light novel was fucking fantastic in characterization, the anime adaptation's a bit too objective for my tastes, they develop the storyline, but they skip the meaningful, and enjoyable interactions between Kirito and Asuna, and so forth.

As long as you enjoy the series, do so any way you like =3. I really enjoy SAO as a character show, others may enjoy it as a storyline-centric one, it's a matter of preference.

mdz Aug 24, 2012 12:03 AM
Yeah, I do apologize for the language barrier; not trying to berate your English, just a bit difficult to understand.

I understand that paragraph much more fluently now. The author described himself as being mid-level if I believe, he looked up to the higher levels, which in my mind, painted him as being a casual player. Sword Art Online is barely about the game itself, it's a series carried by the character interactions, not the mechanics of the game [the attributes of the game are skipped for a reason, you're not told how "x" works or "y" works half the time]. SAO pulled off the patterns quite well, and logically. It's a bit ironic, Kirito isn't the generic shounen lead. Like I said, we'll be seeing a lot of time skips, the game itself being cleared is hardly the "goal", it's just an "excuse" to develop the characters. Kirito and Asuna are a pair that are "destined" so to speak, for one another.

I do understand your frustration with the developments, but Sword Art Online is not primarily an action series. It's more of a character show, than it is a storyline one. But you do have to keep in mind, SAO is being rushed to no avail, the first season should have adapted the first arc, while the adaptation is doing two arcs in one [by doing this, they cover more ground, but it's such objective and pointless ground, it's primarily just [hey this happened"], rather than ["hey this happened because..."].

It's fine, you explained it well enough. Your first few posts were a bit jumbled and mixed, was hard to discern your point. The novel's much better, read it if you'd like. Oh, and I was using the word "elitist prick" a bit playfully [I called myself one too]. We both play MMORPGs, so we go into SAO looking, and criticizing from that point of view. But we can't exactly allow that to dictate and decide the entirety of our feelings for the show itself.

The side characters serve to indirectly characterize Kirito and Asuna. It's a bit hard to see in the anime adaptation, but in the light novel, shit was done "differently".

I really would give a sermon, hell, a six paragraph speech on the integral positions of the characters, but I don't think you'd care enough to listen, so I'll stop. You can't judge the entirety of SAO based on ~6 episodes, nor can you accurate "judge" a series if you're watching it completely subjectively with an "MMORPG Elitist" fervor. I play a lot of MMORPGs. Shit ranges from WoW, to AoC, to Aion, to everything else [kinda stopped a year or so ago, getting back into WoW for MOP Though]. It doesn't give me an excuse to act like an elitist prick expecting a perfect adaptation of MMORPG life; the target audience would be an average kid, a dilettante in other words. The author's a novice writing to novices, and that's fine; he doesn't excel in writing creative storylines [although he is good at it], he excels at showcasing character development and interactions. Kirito and Asuna are "seinen" [loosely using that term] characters in a shounen anime.

mdz Aug 23, 2012 11:03 PM
I do apologize if I'm replying to anything you say inaccurately [kinda hard to understand your grammar at times].

Tbh, I have no idea what you're saying...

SAO's main driving point in the light novel are its character interactions and the mechanics of the game. The anime doesn't have the latter, and the former is done halfassedly. You see, SAO isn't an average "MMORPG" [coming from an "experienced" MMORPG player too]; it's main driving point isn't the concept of the game itself. In fact, it would be a really shitty game; it's linear progression, and there's a clear set "endgame" that ultimately "ends" after you clear it [that's not the concept of a neverending MMORPG]. The "setting" of SAO only serves to point out the primary themes, as well as serve as the ground for characterization.

You see, Sword Art Online is a death game...

Fuck it, I have no idea what the fuck you're trying to say. I'm not trying to be an elitist with my english here, but seriously, I don't understand you.

mdz Aug 23, 2012 9:09 PM
SAO's author wasn't a hardcore gamer, in fact, he was quite the opposite; he was a novice that had fun playing MMORPGs, he stated that incessantly via his author notes at the end of each volume.

But if you're going to bash SAO's anime adaptation, you should probably do it correctly. Like it's a ridiculously rushed piece of shit half the times, they skip every other fucking development, and the side characters are painted as fucking linear, generic idiots. The author spent every other opportunity to develop the mechanics of the game, but the shitty adaptation skips over it at every opportunity. They focus moreso on the mediocre storyline on a character driven show, that's asinine bullshit at its finest. The reason it's highly rated is because there's a bunch of light novel readers; SAO as a lone adaptation would be mediocre beyond all bounds, carried by pretty animation. At the moment, the novel fans expect more, there's nothing more to it.
All Comments