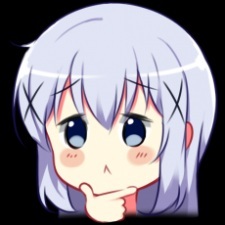 
Meh - I Do not care where it is
Online - Means it's On YouTube, Netflix, Crunchyroll or DVD
Incomplete - I do not have all the episodes
BAS - A certain society

>Baka Test
Season 1 was very creative and had some really nice ideas going for it. (Though, these weren't developed properly as the franchise continued.)

>Cardcaptor Sakura
The artstyle enough should have entranced you, but otherwise it was a shining example of action-shoujo that quite frankly blows more popular stuff like Sailor Moon right out of the park. Had more, more interesting themes running through, too.

>Flip Flappers
You dropped the ball on this one. This is a Symbolism series like Utena or Penguindrum. Don't be deceived by the superficial yuribait.

>Gabriel Dropout
Next you're going to tell me you didn't like Umaru-chan.

>Kill Me Baby
Yes, the budget was about £3.50 for the entire series, but you watch this for minimalism and voice-acting, not spectacle.

>Kodomo no Jikan
This one goes without saying.

>Moetan
You got 5 through THEN stopped? What happened?