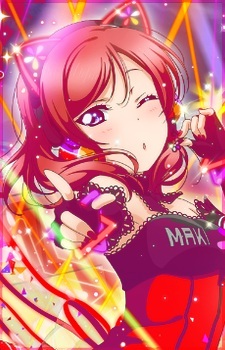 Heeeee's my ultimate babe, my spirit animal, my everything! He's literally me! His birthday is two days after mine, red hair, getting stomachs when nervous or in problems, and is an Tetris master. He also is an Hacker, mechanic, future singer, always listening to music, and... Time travels.
He's so cute I'ma die.
His first appeariance is in Episode 70, after that he is until the end in Episode 203 almost permament to see. He starts his "Tetris play" in Episode 110 tho.

Spanner is... idk what to say? The most precious whilst serious looking like a car type guy I know.
He's also an mechanic, an SUPER mechanic, and he's deeply in love with Japan and japanese people. He refers to himself whilst speaking as "Uchi", what usually girls with Kansai dialect do. He's always sucking a strawberry lollypop, and he invested the second Gen of Mosca, a deadly killer robot.


Then here is someone Bady maybe would like, Hibari.

Hibari is... idk, I think, Bady would like him, especially when he's... older. :D
He is, despite being already 16, still in Middle School because he loves this school so much. He hates crowdings, and so he's gonna bite everyone to death who came into his way. Out of Tsunas guardians, he's the strongest.


Here is someone you rly should love, Hayato Gokudera!!

Gokudera is at the beginning the only one taking the whole "Mafia" thing serious - too serious, www. He came to Japan to defeat the next Boss in line, Tsuna, but after Gokuderas defeat he falls instantly for Tsuna. Canon gay confirmed, nobody else loves Tsuna that much as Gokudera.
Gokudera's way of fighting are bombs, he love the "Strange Myterious Creatures which are only located in Japan", and he has an thing for UFOs. ... Yea, UFOs. Also he loves cats - it does not look like that when he first encounters Uri, but it