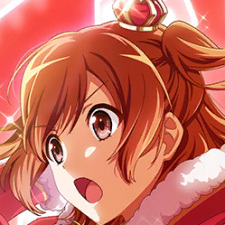 teubert2 Jun 28, 2021 3:52 PM
I'm glad to find out I'm not the only one who can see Higurashi Gou's flaws. I love Higurashi, but Gou was a genuine disappointment to me. I agree with almost everything in your review (I actually liked Teppei redeeming himself, but I think they should have gone further with him, made him more useful somehow as we already know about looping changing people).

Touniouk Jun 12, 2021 12:02 PM
Came here to compliment your great choice of pic but after browsing a bit I also have to praise your solid reviews (the couple I've read) and on point notes about anime.
I also prefer a bad show to a boring show and feel like a 10 is less about having no flaws and more about having the most qualities.

I'm a bit more than halfway through Lily bouquet now and as much as I enjoy the show, the Madoka and RWBY comparison are glaring (and I haven't even seen RWBY). I also liked that you pointed out the weird, light-hearted way the show approaches even the most gruesome of situations, that and the cast of way too many characters (seriously, who has a main cast of 9 characters? More than 4 is already hard to balance) mean the show will probably never break past the "light entertainment" barrier cause I'm not that invested, I just watch the pretty colours and gay girls. while having lunch.

Shaura May 21, 2021 10:32 AM
Most of your Higurashi GOU review points are well-explained with reflects in reality. It's a disappointment for everyone - newcomers and the fans. What do you think about SOTSU trailer? I have high expectations and hope it'll be better, because Satoko as an antagonist wasn't bad idea, but the way and everything about her... to be improved. Especially that it looks like a point when Higurashi merges with Umineko.

JuusanKitsune May 19, 2021 8:51 AM
Thank you for Higurashi Gou review, I'm so glad that somebody feels so frustrated by the new Higurashi adaptation. I couldn't even watch it until Satoko's arc, it all fell to shit even before that, how my favorites were butchered. I can't imagine how anyone who was fan of Higurashi can appreciate the mess which is remake/sequel.

EyebrowScar Mar 26, 2021 11:50 AM
Nailed it with the Gou review, well written and well done! Have a good time and I wish you all the best!
All Comments