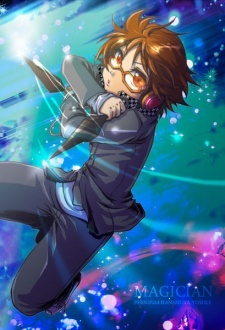 yoky_chan Nov 24, 2012 7:40 AM
Hello , how are you doing?
I noticed that you saw the jv of Bakugan
Could you please tell me in which website you downloaded it or watched it? , i have been searching for it but i only found the english v ..

NullanyThorm Nov 18, 2012 4:13 PM
Hey everyone! I just wanted to let you know that Miruki_Mimiko's profile has moved. I've been unable to get onto the site with my normal account name and password, for some weird reason, so my account has moved! This is my new account, so, if you want to comment on Mimiko's profile, just hop on over to mine. Thanks <3

1. Get your NEW official member cards along with new member ID # HERE! Even if you received previous cards, the numbering system has been restarted and everyone can claim NEW ID #'s and NEW cards.

ChibiCrow Nov 23, 2011 8:33 PM
And of course, a month and a couple of weeks later, I JUST SAW YOUR MESSAGE. ;A; Sorry. That's just how hectic and busy my life's been overall.
I don't really keep up with anime seasons, per se. (Which is even more so these days because I just don't have the time.) But, I haven't heard anything that was interesting according to my buddies that do. I am waiting for the season after this upcoming one, I suppose? I just know one of my fave anime of all time gets to have a fourth season in January, so that's the only anime I'm particularly interested in. xD That and I'm trying to decrease my "plan to watch" list . . . which isn't really working out too well.

ChibiCrow Jun 30, 2011 4:24 PM
In the future, there will be motorcycles and Synchro monsters. But mostly motorcycles.

I was honestly surprised with the reactions to Paradox stealing various dragons. Of course, Yusei's Stardust being stolen asked for a reaction. Reaction? Go back in time, kick Paradox's little arse, and get it back before the future dies. Johan's Rainbow Dragon being stolen. Reaction? "Oh no you di'int, Paradox. >8X"

But, Blue Eyes White Dragon AND Red Eyes Black Dragon being stolen?
There wasn't a reaction from Yami.
WTF? His rival's and his best friend's cards were stolen, yet he doesn't go "OMGWTFBBQ" like the other two. And, if anything, he's the MOST expressive YGO protagonist that ever embraced the franchise.