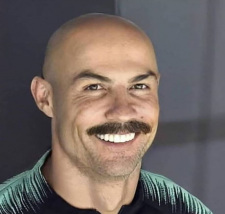 IshigamiCrisis Oct 3, 8:57 PM
okay not gonna pretend that I wasn't a little bit offended...I'm going to just try one more time to try and explain better but calling my reasons and arguments 'incomprehensible' is harsh, comparing to other anime that are not similar in genre and concept, and condensing everything I said to "you liked rem right ? and you are concretely disappointed that she didn't appeared, understable but 2/10 just because of that is harsh" implies you missed my point.

I understand why people are actually rating re:zero S2 so high. The exposition between Subaru and Echidna, Roswaal, Emilia, Garfiel and many other characters, the plot where a traumatized hero tries again and again to save his friends and lover from death while enduring unending torture, and the unique, non-stereotypical characters (in this season) that are Subaru and Echidna. Most people like that, I suppose. I suppose I simply don't.

I'll be honest I had a hard time believing people actually liked Subaru. The first re:zero meme I heard was "best boy in re:zero is the appa seller from episode 1." Now I can completely agree he is a human character and I think his VA is one of the most talented people in this anime. That doesn't mean I like Subaru though. While he may relatable to you, I don't understand his decision-making process, his pillion-hole personality and how he ends up dying so much. The way he treats characters like Otto and even Emilia is excessively mean or selfish that it makes me hard to like Subaru as a character. Sure, he's not like other anime heroes that are overly OP and stereotypical shounen, but is being unique necessarily always better? In my case, it's not, I suppose. My level of understanding and empathy for Subaru is not very good. It's literally like we were both "Starting Life in Another World" and I simply cannot understand imagine things from his POV.

You say my opinion "is just not correct objectively speaking" which I NEVER claimed to be and then you continue to insert your opinion about my scorings for completely irrelevant anime. This is not even a counterargument but an attack on my ratings. How could I not feel attacked? This ISN'T about MHA, SAO (which if you actually looked at my rating for the latest season, has DROPPED quite a bit), and Kuzu no Honkai, this is about re:zero. If you came to my profile to roast my ratings, you're no better than the ppl who called me 'dumbfuck' and whatnot. I'm trying to have a legitimate discussion about ONLY re:zero and RELEVANT anime such as Boku Dake ga Inai Machi and even Uchiage Hanabi. If you don't understand why they are relevant conceptually speaking, it is because all 3 share the "redo" aspect together, and that's the only notable difference; I am not saying which one is objectively better but what comes to mind. If you bring up other anime, at least explain why you bring them up if the connection isn't OBVIOUSLY clear.

If your goal is to get me to delete my review or change my rating. PLEASE DON'T CONTINUE THIS CONVERSATION. In fact, I will just ignore/delete your next comment from my profile. If you want me to acknowledge that people like it, that's fine; however, you have to acknowledge mine as well. I'm NOT saying my opinion is superior or your opinion is worse. IN TERMS OF RATING, ALL OPINIONS ARE UNIQUE AND EQUAL. The goal of my review is not to change opinions or lower ratings, it's to diversify the discussion review pool and add my own opinion to an anime I feel strongly about. If you do choose to respond to me, please REFRAIN FROM TALKING ABOUT SCORES and irrelevant anime, and talk about ONLY re:zero and RELEVANT anime. Otherwise, I will not respond.

IshigamiCrisis Oct 3, 11:32 AM
You seem like someone who is willing to listen to a minority/dissenting opinion so I will actually bother explaining (unlike the hate comments I deleted xd). Personally, I don't hate re:zero S1; in fact my rating would be much higher to a 9/10 if it were any other main character; this season had zero good fight scenes and removing Rem from the season really made the 2nd season suffer tbh. The plot twists weren't bad per se but the removal of all character development other than Subaru's and lack of actual plot movement (e.g. S1 moved from Square 0, to Square 1 3 times, Square 2 4-5 times, and Square 3 also 4-5 times while S2 moved from Square 0 and stagnated at Square 1) People roast animes like the 7 deadly sins for having crappy stagnated animation but re:zero S2 takes stagnation to another level LOL; I would be willing to move my rating for S1 to a 7 or 8 even but S2 is a no-no. As for rental girlfriend, I'm not gonna act like a kami-sama and claim all my ratings are objectively accurate cause my account has quite a few hot takes. I might actually move Rental Girlfriend down to a 6. I don't really like or hate Rental Girlfriend tbh but if I were to just compare just the main characters, Kazuya and Subaru, even Kazuya (worst boy) is better to me at least LOL and even that anime has 'character' development if you can call it that. The anime is not even smth I thought of comparing the re:zero series to tbh and my S2 rating is directly in comparison to S1 Re:zero which is far superior to imho; feel free to point any holes in my logic lol I am willing to discuss when i have time. The point is you can take my opinion or leave itttt

Inferno792 Sep 28, 1:10 AM
I guess we all have our opinions. It did have cliche shit but the show owned up to it, and I liked the way the protagonist had his monologues which showed how he never fell for these cliches, like most MCs in such anime do.

Ryuseishun Sep 27, 12:34 PM
Boy I so want to rip on GOHS so badly tmrw in a review. It'll be actual analysis, though, don't worry about it xD

animejas Sep 27, 12:11 PM
As a guy who can't stand scenes like those, Kara no Kyoukai was one of the very few times where I was angry at the scene as a fan, and not as a guy who feels like that theme was just being exploited for drama. I won't go into spoilers much since someone can randomly be spoiled if seeing this comment, but the way he wrote those darker themes and scenes for Kara no Kyoukai felt like it fit really well with the story rather than just be used to make it edgier and darker for no apparent reason other than being edgy. Even with one of the later movies, I was angry as a fan but the way they wrote it made it justifiable for why it was there in the first place. Nasu's not perfect, but he can write dark scenes well when it matters. He's more shit in writing light hearted scenes where its more slice of life based, which is why movie 6 of Kara no Kyoukai and the start of Unlimited Blade Works was rough (movie 6 in comparison to the rest of the series).

I'm not a massive Fate fan myself, but I'm a Kara no Kyoukai and Tsukihime fan of his.

Mattinator95 Sep 27, 11:28 AM
Yeah most of the time I can't tell if most of comments I see are baiting or being serious half the time. And the whole review system is broken

Mattinator95 Sep 27, 10:54 AM
Yep Exactly , this is why I'm not fond of romances and other shows that has more then one girl get full anime adaptions it will always ends in a Shit storm.

I wouldn't be surprised if the same fools were praising the shit outta that trash ass "mature college setting" of a dumpster fire. The fact it got s2 is honestly absurd.

AdolZeppeli Sep 25, 4:50 PM
Dude, I read it cuz a friend told me it was deep and left a message years ago, stop assuming I enjoyed the degeneracy of it because I rated it 7/10. People shape their taste the more they watch/read/play any media. Drop the horse now, the discussion is over.

20m Sep 25, 12:33 PM
Great fucking take on rent a gf. Rent a gf is for fucking incels hate the anime beta mc makes weird noises everytime a girl looks at him. The mangas OK tho

Ashed_13 Sep 15, 8:26 AM
Credit where credit is due the opening and ending are relatively good.The animation while overtly colorful and commonplace does still have attention to detail so there's that.Lastly the voice acting is as I had mentioned very good.All in all I still hate the show and find it a pain in the ass to watch but I feel like it is a lot better than the other 1s I have on my list.I hope this clarifies my change in rating while keeping my opinion the same.

Byniavo Sep 12, 5:53 AM
I want Scathach to stab me with her lance and kill me as painfully as possible <3
All Comments