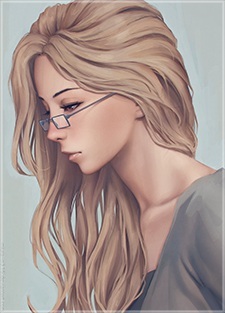 SunWukung Sep 6, 7:01 AM
Thanks for your explain.
I could not rest without clarifying something so important hahaha.

SunWukung Sep 5, 5:12 PM
What I find "pretty harsh" is not having the freedom to do what i want. If you go to a place to wait for a long time to be attended to because there are limits of people.

Yes, I like that sport very much, but I like to watch the ladies. It's very complicated, just like artistic gymnastic. Athletes train for months and risk losing everything in a few minutes. It's painful.
However, it isn't only beacuse of the difficulty, it's that I'm fascinated by the combination od sport and music. I find it very interesting.

I have a question to ask you first of all. I would like to know how to say "quarantine" in French. Because in Spanish it is called "cuarentena" and in English "quarantine". Both words refer to a period of forty days. The word is derived from the time that people were confined during the Black Death, but that forty-day period is nowhere to be found. In some areas it may have been longer and in others shorter, but the forty days are rare. I ask this because the best word for me is 'confinement'.
As you can see my question is irrelevant, hahaha. Totally unimportant, haha.

SunWukung Sep 4, 6:52 AM
I'm fine, thanks for worrying. I am used to being alone. In addition, I see my family.

I don't know exactly because i don't follow the news. Besides, the new from here are very untruhful, since most of the 'media' are state-run. There are very few free media that tell the truth.

There are supposed to be many cases, but I'm not sure. A few months ago, near my city a woman died of cancer and in her medical report said that the cause was the coronavirus. There are several cases like that.

She is Aliona Kostornaia. I know that with her on my wall I look like a perv, but I really admire her. She is a figure skater. She is really good.
Figure skating is one of the cruelest professions I've ever seen. At least for a Russian girl.
Russian girls make their debut at 15 years old and by 18 they are treated like old women. She is pure talent and I hope the best for her, but that world is very complicated.

Argentina is a large and varied country, for that reason there are different types of quarantine. Where I live you can go shopping and there are even some shops open. There are other places where confinement is more exaggerated. In the province of Buenos Aires, for example. Buenos Aires is the capital of the country, it would be like Île-de-France for France.
In general terms, what cannot be done would be:
☺Cannot go to other cities.
☺Transportation does not work.
☺Can't use the parks.
☺Can't meet with people (although in some cities you can have family reunions of less than 10 members).
☺Have to wear a face mask even to eat (it's an exaggeration haha)

Yes, it is quite depressing for people who are not used to it.

166 days have been quarantined and the end does not seem to be near.

SunWukung Sep 1, 12:30 PM
This country is crazy (I really find it hard to call it "my" country). Here we have already been quarantined for more than 150 days. However that is not the worst. The worst thing is that politicians take advantage of confinement to be more corrupt than ever. They are trying to modify justice so that they can get rid of all their problems with the law.

SunWukung Sep 1, 7:09 AM
Btw, how are things in your country? Is there a quarentine yet?

I have nothing to recommend. Seasonal series are never among my priorities. Now I was only watching Kingdom, but have suspended it for the Covid-19.

SunWukung Jul 28, 7:14 AM
Hahaha, don't worry. I've know you for a long time ago and I know that you don't usually answer quickly. No problem with that.

I haven't seen it yet. I have it planned yet, to be frank.

SunWukung Mar 21, 6:07 PM
Do you like Devilman: Crybaby? I have planned to watch it.

That's something that has always been complicated for me. Giving a recommendation scares a little. The person to whom you recommend something can simply go from what you recommend or find it pathetic. Nor I haven't watching many animes lately. I've been watching TV series (Dark, [i/Tha GIfted[/i], Legion..). Now I'm watching Detective Conan and re-watching Ranma ½. Several months ago I saw Moomin (I've even got a book that I haven't started yet).To recommend you something would be complicated, although it catches my attention that you (a Dark Girl) haven't seen Claymore yet.
That said and answering your question, I suppose if I had to recommend something I had seen recently it would be Night Head Genesis. It was interesting, although their score in MAL is low.

SunWukung Aug 5, 2019 6:33 AM
I notice you're reading 20th Century Boys, how's this manga? I love Monster and I want to read it someday.
All Comments