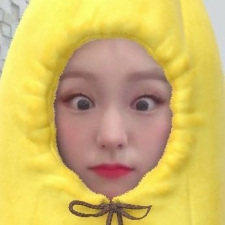 iLearyy Apr 2, 9:19 AM
Welp he unblocked me only to talk shit and then blocked me again. Jeez these people...

iLearyy Apr 1, 6:08 PM
He couldn't accept that both fandoms are trash.

Slayzz_fx1 Mar 31, 9:19 AM
I was literally talkin abt this mf community not abt aot Fans! Go watch the 1 Star rate of aot and the one of our anime... yall just fucking toxic... fuck all of you who downvoted aot just to win 1 place!

iLearyy Mar 31, 8:28 AM
I agree that AOT fans are among the most toxic fans. But it goes the same way for both fandoms. And in this case, it's even FAB fandom who started this first... If you have time, please continue reading the conversation with LieLaxx. Thanks for understanding.

iLearyy Mar 31, 4:15 AM
Please read the conversation bellow on my profile. Then if you still have any question, come back here.

Soularis1 Mar 31, 2:19 AM
First, go and tell the same thing to FMA fans. They could not see AOT being number one for even a day.

LieLaxx Mar 31, 12:10 AM
Correction: I don't hate AoT, I like it and I think it's on my top 6 anime of all time. What I hate is the fandom. The people who after only the FIRST episode of the final season of AoT, rushed to give it a 10/10 (which if I'm gonna be honest, does not deserve, there is a clear downgrade to the anime, perhaps a 7 or 8/10). I hate the people who decided to review bomb FMAB... The same people who I've seen drop some 1/10 bombs to Steins Gate in an attempt to at least keep the second place. (some who I've also seen attack HxH with 1/10 reviews for some reason)

I hate such filthy tactics. I didn't participate in this nonsense by writing a review this whole time, but this childish act continues (both of my reviews are quite new). Lost count of how many NEW accounts were created just so they can get AoT at the top (I've yet to see a new account that assists FMAB). I like FMAB more than AoT, is it a bad thing? No. Does it affect my judgment? Perhaps. But, as I said, clear downgrade to the anime thanks to the little time they had to make it. Is that my fault? No. Will I judge it? Yes. I also don't mind another anime taking the first place...that is if they don't decide to do something shameless like this.

I even had a person harass me because he saw the 1/10 AoT on MY ANIME LIST. Like the site says, it's MY list. My review of AoT wasn't even written at that point.

I wrote my reviews...which are actually genuine, unlike almost every 1/10 FMAB review who haven't even watched the damn anime. It's funny cause some are actually trying to make their review sound real but they come up with some negative comments that you can tell it's bullsh*t if you've watched the anime. Especially when they talk about the plot.

Not planning on creating more accounts to do the same thing as some sad fans out there.

P.S.: I respect the fact that you agree that this whole FMABvsAoT thing is ridiculous and that making brand new accounts is pathetic af. My AoT review may sound harsh, mostly because I wanted to see the response but most of the things I said still stand. I'd give the last season as I said, a 7 probably. But the whole series I have it as a 9 on my list.

TheGodOfAtheism2 Mar 30, 11:53 PM
Just my taste lol, vinland saga's start and end was strong but the rest of it was eh

PiyushSan Feb 27, 8:07 AM
Anything interesting you've been watching recently?

cchigu Feb 19, 9:51 AM
"Romcoms are for girls and teen boys" -_- cool story bro. No prejudice here at all. Also, TPN manga doesn't have even a single good moment after the escape arc.
All Comments