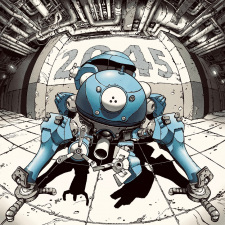 Taki_Tachibana13 Sep 13, 1:13 PM
Thanks, man I appreciate your understanding. :) I'm sorry to hear about your wallet, but let me know when you do get Mass Effect Legendary edition. I'd love to hear what you think of the HD remaster, plus the improvements to game mechanics. I know a lot of people are changing jobs now because of the pandemic.

I don't really know much about Deathloop, but I've seen a lot of advertisements for the game. It's some kind of FPS game right? If you don't mind me asking, what job do you have right now? I think video games are a fun way to relax and experience something different than a book or movie would offer. What other hobbies do you have?

Taki_Tachibana13 Sep 12, 2:46 PM
Hey, sorry for the late response. I've been really busy between school and real life. Yeah, I'll look up Disco Elysium and do some research on the game. I don't mind talking with NPCs in a game, I actually enjoy it lol.

Dark Souls is great, and the remasters make some nice visual improvements, though the gameplay is still the same solid experience.

Nah man, I actually like Final Fantasy 12, and many people didn't like the game, so your all good in my book.

I never played the MMO versions of Final Fantasy, but I hear that they're really good. Although I do play The Elder Scrolls Online.

I think the Mass Effect Legacy Edition is well worth the full price. I played Mass Effect 2 back in 2009 on PS3, and I absolutely loved the game! :D

Miku_Melody Jun 23, 8:12 AM
Awww Im glad i could help. That's a shame that we only have one anime in common.

Bunniberserker Jun 20, 10:38 AM
I almost want to see if I can play it again! Recently I bought Fallout 4 to see if I could play that without getting dizzy, but could barely get through it, it made me so sad. I suppose I'll stick to watching people play for now!
Oh no haha, I meant that I see it's very popular amongst teens kind of how Naruto was when I was younger. I've watched some of the anime and was impressed with how close it follows the manga. I enjoy a lot of good shonen! If you're a kid, then I am too because I even bought a small MHA backpack I use as a purse sometimes lol.

That's an interesting perspective when considering that type of genre. I can enjoy standard fantasy at times, but it's not one I'm drawn to at first. I'm willing to give it a shot though!
Food Wars is kind of lewd in a comedic manner, I forgot to mention :') but it always makes me hungry after watching an episode.
Thank you, I hope your weekend was good as well!

Bunniberserker Jun 17, 1:12 PM
It's okay, I figure there are plenty of other games out there I can play! I think that's why I like more casual gaming, it's those first person shooters that get me. In high school I also really liked Left 4 Dead and GTA, I could get through L4D for some reason but could only play like, 20 mins of GTA before getting dizzy. I'll add you on there! I need to get back into the account, I wanted to play some light novels and check out what else they have.
I wish I read more, I used to be into reading so much as a kid. There are periods were I go through an entire manga series, but put everything else on hold. Right now I'm trying to read My Hero Academia to see what the kids are into these days haha.

I watch a lot of the same things too. The only genre I'm not really sucked into are sports anime or those where they're in some kind of video game world. But I'd be willing to give them a shot if the series is good yknow.
Yeah cooking anime! I'm watching Food Wars, which can be pretty repetitive but I've honestly learned about all sorts of dishes and cooking styles.

Bunniberserker Jun 13, 8:35 AM
I wish I could get into gaming more, but unfortunately a lot of them make me dizzy. Although I enjoy watching people play. I looked up the games you said you were playing, Disco Elysium looked really cool! And Snowrunner xD I like things like that. I think I have a Steam account, got it with the intention of playing the KFC I Love You Colonel Sanders game if that says anything about me haha.

I'll have to check out the series you recommend, I watch pretty much anything to be honest. At the moment I'm watching a couple cooking anime's so I'll be in the mood for something else for sure.

Bunniberserker Jun 9, 6:35 PM
Yeah no problem!
I'm a casual gamer, Animal Crossing, the Sims, old Super Nintendo Games. The last modern game I've played was Fallout 3 and New Vegas, I really liked those.
It's so hard to say what my favorite is, honestly lout of things I've seen more recently I'd say it's Mob Psycho 100. What about you?

Taki_Tachibana13 Jun 6, 8:53 PM
Nice, I've wanted to try PC gaming, but every time I actually think about getting into it I never do because game on consoles.

Now that you mention it, I also really like simulators and point and click games. I'm not sure of Grim Fandango counts as a point and click, but if it does then that's my favorite one from the genre.

Since you mentioned fantasy and dragons, have you played either the Final Fantasy or Dark Souls games?

As for sci-fi space battleships and mechs they're really cool too. :)

I'm always up to play a long RPG, or JRPG, but I don't have as much time to play such long games lately.

What I really like about the Switch is that you can bring it anywhere with you, although I guess the same can be said about gaming laptops lol.

You have quite the long list of games you've been playing. I've been playing the Mass Effect Legendary edition, and I really like the improvements that were made to each game.

Hmm, Disco Elysium sounds familiar, but I don't remember anything about it.

Taki_Tachibana13 Jun 5, 6:38 PM
Hey there! :) The games I love the most are MMOs, RPGs, JRPGs, and Action and Adventure games. I mostly play on Playstation and Nintendo Switch. How about you?

chocolatemilk13 May 30, 1:35 PM
the government sends all losers a certificate in the mail each year so if you haven't gotten one i guess you are just too cool to qualify :0 and of course! u have great taste in anime

giusama Apr 2, 2:10 AM
Well, you are right regarding greed! I have always found strange the fact people search the "love of their life", I have never completely understood dating apps like tinder, I believe true love it is not to be searched but it will find you :D Before I met my bf (I am in a distance-relationship for more than a year but I do regret nothing about it :)) I was thought for sure that I'd never had a "love story", but I was wrongHAHA Cupid only threw the arrow a lit bit too far, but things will surely get better. I suggest to you reading Plato's Symposium, it tells about different meaning, idea and forms of love... really interesting!

giusama Mar 29, 2:07 AM
I hope so! At least I've set some goals so I won't procrastinate all the time :D I realized that with the pandemic I became much more pessimistic concering the humanity in general: during the first lockdown I thought that people would change in terms of generosity and kindness, but now I see only selfishness and greed in them. Fortunately I still have few friends (and a bf (๑ᴖ◡ᴖ๑)) to share joyful moments and that's what matters.

giusama Mar 23, 5:01 AM
Me too = - = But during these time I've started enjoy the little things in everyday life, we always have to bring some happiness even now because otherwise I will just explode: D Regarding school, just hope that my last year will be without any masks or social distance. I'm looking to the future because It is the only reason that pushes me to keep going.

giusama Mar 21, 9:46 AM
Yes, you are totally right! A poem can be extremely subjective but the general idea cannot be chanced so that is what Kavafis is trying to trasmit with Itaca. And yes, I came back here after almost two months, it's been AGAIN a rollercoaster, but after all I'm stuck with the third lockdown since the pandemic started and I'm drowning for too much homework :D, nevermind. How are you? How is Poland facing COVID-19? I hope all right.