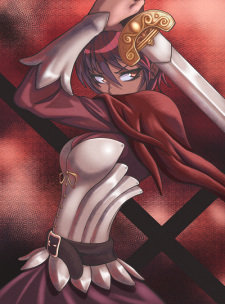 Tasteless-casual Jul 13, 2020 7:38 AM
It is never late in my book. It was your birthday after all. You don't even need to reply. what important is for you and the people you care about being alright ^_^ .

Tasteless-casual Apr 1, 2020 8:04 PM
Yes it explained things well. Thanks for the reply. I think I would watch Gundam 0079 before Origin then.

I wanted to ask for your opinion about mobile suit gundam. What is the difference between mobile suit gundam: 0079 and Mobile Suit Gundam: The Origin? is watching 0079 recommended anyway as there is a value to watching it (except historical value) ? is there any important prerequisite anime to watch before Turn A Gundam ?

galimx Dec 31, 2018 5:05 AM
How is Yorimoi so far? You should probably watch SSSS.Gridman, I think you will like it. It has a quite nice directing and the second half really reminded me of Eva. Amemiyas direction has taken countless cues from Anno, ultimately using a similar toolset to convey a message that all Evangelion fans will be familiar with.

Young_Vision Sep 1, 2018 8:35 AM
You hit it right on the head bro. What makes Ashita no Joe so special is the genuine emotions it evokes from the viewers. It is a heartfelt character drama on passion and having the burning fire to live for something you love. Joe wanted to keep fighting, even though he knew doing so would lead to irreparable damage or even worse death. He burnt out all of his fire with the last fight he had. He embodied youth for his whole life and died the same way, by making a stupid kid decision. However, it was all worth it in the end because it was what made him truly happy. Joe refused to be shackled to the responsibilities of an adult. A lot more could be said, but man it was a phenomenal series in every facade.

DeXeTer Jul 24, 2018 4:29 AM
It really depends if you can tolerate the anime original filler. Its pretty mediocre to me and felt like a waste of time. Its got some good foreshadowing moments and some fun original joe scenes. The start of season 2 just gives you a recap of the whole rikishi and joe boxing match anyway. So you aren't missing much skipping to season 2 after episode 54 imo.

I couldn't believe the news! It's really about time isn't it?

Do you think the movie will do it justice? I've heard that it will have a larger budget than Kimi no na Wa (doesn't say much as it's known that that film wasn't properly funded for), but of course budget doesn't say much. *fingers crossed*