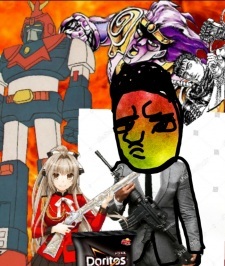 link9us Jul 7, 2020 7:07 PM
Also the final battle of series 3 is probably one of my favorites and the true ending of Gatchaman is amazing! So its worth it to stick with it and keep watching, you will be rewarded. The 2nd half of series 2 also picks up pace and things start to get a bit more intense.

link9us Jul 7, 2020 6:50 PM
Yeah i think the sequal has its flaws, but it also carries with it some strenghts that I think were not as apparent in the original series such as deeper character back stories that the writers flesh out a bit more. For example Jun gets far more fleshed out and she gets alot more screen time, as does Jimpie. Many characters also go through a change and sudden development which the first series didn't really showcase as much. Other then that, the villian arch types were not my favorite. I think i enjoyed Birge Katse a bit more but the finale of S2 truly makes up for it and if you thought you saw a nice solid climax arc for the first series, you are really going to love the climax of Series 2.

Over all like i said gatchaman, considering its aired date was far above many anime series at its time and especially when compared to Mazinger, you can see how that series deals with more drama, larger scale conflicts and a more fleshed out world, etc. Despite the fact at its core its still a MOFW type of series. But I have heard if people enjoy Gatchaman, they REALLY are going to enjoy the romance trilogy of mech series because this is when the genre really started shifting and evolving with more clever naratives as opposed to the simple rinse and repeat cycle of many early mech series. I can't judge cause I have not seen these yet but I am looking forward to it.

link9us Jul 7, 2020 1:45 PM
Hmm i see, Well thanks for the information. I think specifically the issue with mazinger is not so much the repetitivness because you get this alot in pretty much any early to mid 70's mech series. But what really annoyed me about that show was that it was very inconsistent in terms of its stories and motivational goals. On one hand you have Dr Hell trying to destroy the light institute and on the other you have him trying to take over the light institute. The premise of the story contracited with both of these idea's about him stating that he just wanted to take over the world. So you get this constant clash of ideal's from the main villian that just don't fit with in the narative. There were alot of momemnts where the stories also made little sence with in the context of the series. Early on you got some inventive episodes that were kind of interesting but as it went on, most stories were rehashed and also some what nonsensical. It really suffered from kind of an identity crises in that regard. Gatchamon from the outside is similar to mazinger, but my god it does not run into any of these flaws, it perfects everything perfectly, not to mention the world is more fleshed out and the story arcs are more engaging.

Seeing as how Great mazinger is like 3 years later, ill deffinitly give that shot if its better. I really love the ending of classic mazinger though, that final episode really elevated the story telling and budget beyond the norm of what the series is used to. If we get something similar to that in great mazinger, I probably will enjoy it more.

Well usually early to mid mecha were pretty premitive in terms of keeping things very episodic with your typical 70's cheesy vilians and very loose story connections. Its not until you get to some where around the mid to late 70's is when anime started forming of a serlialization. Things like Voltron, the Tado Nagahoma romance trilogy started to explore more deeply a narative and characterization from what I heard so I am deffinitly interested in checking these out and of course when Tomino came on the scene, everything changed and then you had this constant influx of narative cohesiion in story telling.

link9us Jul 6, 2020 3:48 AM
I was also considering others like UFO Robo Grendizer, Yuusha Raideen and of course the Tadao Nagahama's Romance Super Robot Trilogy of mecha series. Which 70's mecha series would you say is the best to watch when compared to stuff like Gatchaman. Obvously i don't expect anything on the same level as like late 70's or early 80's like Mobile Suit gundam or macross but with the early to mid 70's super robot era, I am sure there are some that are much greater then the classic mazinger. Mazinger is extremly influential for the medium but outside of that, i expected more from it.

link9us Jul 6, 2020 3:29 AM
Hi i seen your review on Koutetsu Jeeg, just wanted to know how does this compare to something like the classic Mazinger. Personally i found mazinger to be a bit of a let down in the vane of 70's classic super robot series, there were some great moments but eventually grew stale on me and i felt like the author ran out of idea's for the episodes of the week. Also especially when compared to something like Gatchaman which had far better characterization, a larger world with more set pieces and interesting stories. Mazinger in my opinion was about as pimitive and generic as you can get from a 70's anime series so I am kind of hoping for something a bit better. I still have to watch Getter Robo but I am just now finishing up mazinger. Most 70's super robot shows i mostly compare to gatchaman since it aired during the same time and so far it was an amazing experience, right up there with lupin.

smurfdude May 27, 2020 9:52 AM
You should watch Rinne no Lagrange and Star Driver. Both pretty good mech anime.

MarQ Feb 7, 2020 9:14 AM
Honestly I remember GGG's first half being a bit dragged out but still enjoyable, whereas the second half is where stuff really gets going and ends off the Yuusha franchise with a bang, so I hope you enjoy it. GGG Final is good too, but it's unfortunately held back by a few things that I don't wanna go into details about.

All of them have been worth experiencing in each their own way though. It's also been too long since I watched GaoGaiGar, so I'm not sure if it'd top Might Gaine