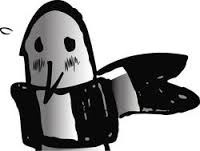 KimchiHydralisk Jun 28, 2015 1:30 PM
Omg such an amazing review of Plastic Memories. It can't get any more accurate than that!

RedZombee Mar 25, 2015 3:40 PM
Don't worry, episode one's of shounens usually follow the same formula. I wasn't thrilled with Hunter x Hunter at first. And now it is sitting pretty as my number two. Persistence is good! and hopefully will pay off.

I haven't talked with many people about Death Note. Because when talking about immensely popular series it is hard to find someone how has a clue. I agree it seems some people throw their usual standards out the windows with extremely popular series. Code Geass is literally the worst thing I have ever watched, I don't understand how it could be popular.

RedZombee Mar 25, 2015 8:06 AM
Sounds decent enough. I'm usually very picky with shounens because they are usually written very poorly. That being said Hunter x Hunter is a shounen and my second favorite series ever. I can appreciate a well written shounen so hopefully this'll be one of them. I'll backlog the show for now, I have two or three shows I need to watch first. I've been holding onto them for a while, after for sure though Nanatsu no Taizai.

And I couldn't disagree with you more there. Hit shows are usually a fifty/fifty shot of being good and worth watching in my experience. Mirai Nikki, Code Geass, Sword Art Online? All horrid and the first two are widely regarded as amazing for some reason. All this despite stupid writing, characters that are copy and pasted straight from other series, etc. Then there are series like Trigun, which is good but not amazing. Hell I could even give you newer examples, everyone was gushing about Akame ga Kill a few seasons ago. It was soooo bad. Sometimes you find something incredible on that hype train though, Cowboy Bebop and Neon Genesis for example. I doubt that Nanatsu no Taizai will fall into the Code Geass abyss of overhyped trash. I've heard good things from a few of my friends, hopefully I'll enjoy.

Understandable. While the second half does have a huge quality drop, the ending is actually the best part of the series. The last episode is very very good. It would've been amazing if the secondary characters meant anything. Oh, and Near has no time to develop at all. He is simply wordplay and a pun.
'End is Near'
Death Note is a overhyped series. But it is very solid and I see why it is regarded as a classic. Plus it opened the door for bigger seinen shows, which I appreciated.

Roychop Mar 25, 2015 7:58 AM
Your Sora No Method review: I agree about Nonoka being really infuriating to watch (for me wether or not I like the MC is a big deal to me).

Jatz Mar 23, 2015 3:54 PM
Really niceu Absolute Duo review! I didn't expect much from it and I didn't get much. I found it funny how nobody was able to hit Tor, despite his shield being the size of a hand.

You've written quite a few other solid reviews, too.

RedZombee Mar 23, 2015 2:53 PM
We can definitely do this. Shoot a few titles my way, I'll give thoughts.
Nanatsu no Taizai, what is all this hype about? I'm not sure if I should watch the anime or go for the manga. Explain?

Also! You dropped Death Note, whaaaaat!? I have never been a huge supporter of Death Note. I believe there are far better psychological dramas out there. Like One Outs for example. Still I'd be curious to hear your thoughts and why you dropped it two episodes short of having it in the pocket.

RedZombee Mar 23, 2015 9:23 AM
Yo! Your Lie In April, good little write up. I agree with your first line 100%! It takes all the twenty-two episodes for the viewer to grasp what kind of an anime it is. So many people dropped it halfway through and missed the whole point. Because let's face it, MAL is half retarded.

You seem to be one of the good ones though! Your rating scale seems fair and you don't give 9's and 10's out like candy. We seem to be on even footing in terms of how much we've watched too.

We should discuss sometime.

Sora no Method was created by a completely new studio (Studio 3Hz) and is unrelated to Hangai. Even character designer is completely different person. I did agree with a lot of what you said though. It could've been so much more if they gave it more time to expand.

Neraizel Dec 29, 2014 2:46 PM
Relatable Sora no Method review Motlora. I was secretly hoping one of the main characters would snap or have some sort of mental breakdown but I guess that never happened (well I did anyway)

If you think about it Shione might be the most developed character in the show, even if it was out of nowhere or barely impactful

idol Sep 28, 2014 7:25 AM
There are many objectively bad reviews for Glasslip, but yours isn't one of them. I really felt represented by your comments. (: