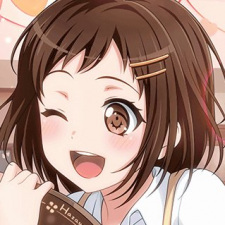 karlstein12 Feb 10, 2016 9:44 AM
I love Sports anime's a lot, too. Although the genre mostly offers very ordinary titles with cliche plots most of the time, a majority of them become a success on the adrenaline of sports they provide alone. Although there are a few psychological shows too affixed with the sport genre. "One Outs" is a rare gem with a superb plot which makes your mind work a lot, it's very psychological. As brilliant as Death Note is for me, One Outs bettered it to me with the joint-sport genre. I highly recommend you watch it.

Monster is another great show that I'm in the middle of now.

karlstein12 Feb 10, 2016 9:31 AM
Also the fact that a few of the elite reviewers here on MAL (I'd rather not name them) think Elfen Lied is a masterpiece too is what ticks me off the most.

What genre's do YOU like the most? I'll be able to easily recommend some titles from my list if I get to know your specific tastes on anime.

I like Psychological the most. I like slow paced shows with nothing happening or nihilistic stuff. Other than that, there's not a genre that I specifically hate, enjoy almost every genre if the anime based on it is good enough.

karlstein12 Feb 7, 2016 4:24 AM
Trust me, I have a dozen of other fellows who think the same as you and me, that Elfen Lied is one massively overrated joke. I love to look for people all over MAL who hate it and when I see one I immediately send out a request. :D

Haha! Well I gotta say at that time when I was hugely into Football, I got angry pretty easily when people called it Soccer. It isn't a wrong title of course but Football describes it clearly. You have a ball that you kick by your foot! I'm not into the game that immensely these days as I was used to back then, one of the reasons is that the team I've been supporting is doing terribly bad this season. I still follow the game though and keep looking at updates once in a while.

Malikah Jan 22, 2016 3:56 AM
All recommendations, except mecha, are welcomed, Have any?
All Comments