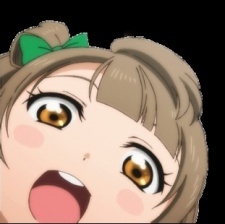 Both of these shows are super hilarious isekai shows however Watashi, Nouryoku (WNH) has less sexual humour and the entire cast is female. I found WNH to be quite funny and I hope more people watch the show

Both involve elements of; magic, friendship, action, comedy, and plot armour :3. Also the openings and endings for both are spectacular, guaranteed to get stuck in your head

If you like shoujo, you have to watch this. Gekkan Shoujo Nozaki-Kun is a parody of a shoujo while still being a shoujo, not to mention the show is about shoujo manga,

Full Moon is about a girl faced with death, and all she wants to do before she dies is sing. Amazing songs, a sad anime for those who enjoy idol anime. :0