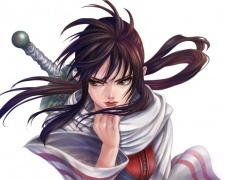 Yofukashi no Uta
Yesterday, 9:40 AM
Plan to Watch · Scored -

Kinsou no Vermeil: Gakeppuchi Majutsushi wa Saikyou no Yakusai to Mahou Sekai wo Tsukisusumu
Yesterday, 9:39 AM
Plan to Watch · Scored -

and yes i am watching this part right now and i have to say son gohan really sucks somehow .. he was sooo cool and 'cute' when he was little but know he got all wimpy and that saya-man-crap wasn't funny at all .. but i have to say it could have been worse and i somehow really like videl xD .. i was almoust crying when she was beaten so brutally .. gosh.. that will forever be sticking in my head q__q

Connybaum Mar 4, 2011 4:21 AM
yeah i thought so too but i think its just because we can watch 10 to 20 episodes per day now and not having to wait one day for one episode .. and ya know it has more than 290 episodes and if you can only watch 5 per week it takes allmost a year or more to finish

but there are thinks i noticed while watching that somehow annoy me ... for example that they aaaaaaaaaaalways have to wait for son goku and getting killed one by one because he takes so long and they always depend on him like: 'lets wait until son goku comes back' , 'what would son goku do' or 'if son goku were here he would kick his ass' .. and so on
.. and that he allways is so hypocritical good .. he even let frezer go and gave him power ... in this situation i was thinking: NOOO smash his head, kill him he killed a lot of you too!! let him die allready!!!!! but noouu he let him go until he comes back and trunks had to erase his trash .. -__-* .. god damn it

but all in all i like it damn much .. piccolo is cool xDD (he would have mercilessly killed frezer .. if he >could< have xDD)

oh yes .. it suck sooooo damn much .. they just fill in soooo many unnessesary scenes .. if you cut these off 10 episodes would become one .. god damn it.. i so hope they would end it allready and show the past arc with sabo and ace .. that would be ten times better than the shit right now

Slowly, we're coming to the Finals of Mist Match, and after that, we only have Lighting Tournament left.
When we finish Lighting Tournament, we'll be able to see which element is the best, in fights between users of different elements. :) Look forward to that.

So, semi finals of Mist Tournament are open! You can vote in threads for Match 1 and Match 2. Be sure to vote. :)

Also, we are still searching for more people to participate in Newsletter activities! If you have some free time and you would like to help out, please take a look at this thread. :)

As always, we have new matches of our KHR! Tournament. You can vote in two threads, Mist Match 3 and Match 4. Semi Finals are drawing near now. :)

Also, because it's past Vacation time, and people have a lot of work irl, we are looking for Newsletters Team Members again! If you have some free time and you want to help out, please take a look at [url=http://myanimelist.net/forum/?topicid=274493]this thread. For any further question, you can contact SnG and ask anything. :) Thank you very much.

Connybaum Jan 29, 2011 8:11 AM
yeah i know .. they need an enemy whom they can conzentrate on their whole journey .. oh well .. i wish it would have been someone stronger looking and with some more thees >.>

yeah i watched it ... i thought it was ok like that but as the other episodes they put too much unimportant stuff in it (what the crowd does or things/battlefield scenes and so on) just to stetch the episode .. well and now its teach's turn .. gosh .. i just want him to drop dead >__>

hmm if you don't have anything to do why don't start watching beelzebub .. well it's very silly but i somehow like it =) the story is as stupit as unique xD

Once again, there are not much to be told. The vacation period is almost behind us, so it's time to get working hard again. We wish you success in all fields you take part in. Best of luck.

There are few new things in club we have to report. As you might or might not know, our club turned 1, that is, had it's first birthday on January 3rd! We are very thankful to all of you, because we achieved over 3000 members in just one year. Some of the clubs can't achieve that in two or more years. :) Thank you for being with us.

Because, as I said, vacation time is almost over, we are going to prolong Match duration. Before it was one thread for one week, now, it will be for two weeks! Same is with this Newsletter. They will be sent around every two weeks.

If you have any problem, or anything to suggest, feel free to comment in the club itself, or to contact one of Club's Admins. We won't bite. :)