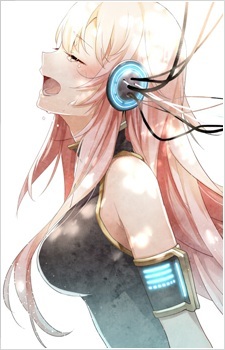 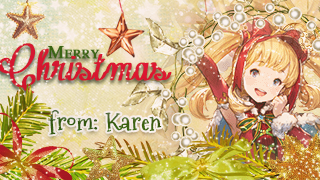 May the spirit of Christmas
Be always in your hearts

Hi guys so with permission from well a whole bunch of people I'll be linking in the original thread and now I'm doing a Staff Challenge at TQSH. This means as Staff from TQSH I'd like to ask for your help, if you wanna join ofc, there's absolutely no pressure to and you're allowed to refuse ofc.
Now what do I want from you? As it's a staff challenge it means I ask from you 10 anime, selected by yourself to be added to the challenge. Click on the spoilerbutton for an example.


These 10 anime must meet the following criteria:
- You must pick at least 7 anime between 10 and 28 episodes, tv type only.
- The 3 open slots can also be tv type anime but can also be ONA/OVA or movies.
- You can only pick first seasons from anime and choose OVA/ONA and movies that don't need other entries to be watched before you can watch these.
- You can pick your favorite anime, but you can also pick anime you think others should see at least once. You're also allowed to pick anime you didn't like, just to make others suffer x3
- They are allowed to overlap with anime that other staffmembers have picked, everyone has their own challenge after all.

After discussion with Wrath we met 2 problems though. One was, who could we invite to the challenge, aka who is active and inactive in the staff. This means not everyone has gotten this comment well most people did lol x3. The second was "Isn't 10 to much?", the answer to this is right now "No". Because this challenge will not have a timelimit and allot popular anime is gonna be picked it means many anime has already been watched, to give it some sort of challenge 10 seems like a right number.

So join us and let's have some fun, I really appreciate it if you do <3. Your challenge will have 2 banners, an animated one and a none-animated one, you can pick the anime I gotta use yourself. You can even give me pictures if you want for them, I cannot promise I can work with them though. On top of that you can also donate banners if you want, it's not required though :) I'll be doing all da graphic work x3

If you have not been invited by me per comment but see this post in the staffchat then you're absolutely also allowed to join, as mentioned earlier... we don't rly know who's active and inactive atm for sure anymore. The thread will open max 1 week from now, if I see most people who are really active posted it'll open before. People who didn't post by then are still allowed to post after. The challenge will just be added after that, the members are after all allowed to pick which challenges they wanna do themself so it's easy. 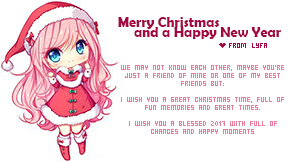 
Control+F to find your cards.
PM muffins if there are any problemos.

Control+F to find your cards.
PM muffins if there are any problemos.

• Cards expire in about two weeks •
-


♛ Please save your cards on time.
♛ Thank you for requesting ^.^ 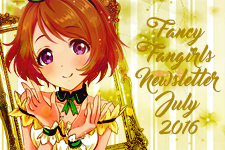 After a long and well deserved break, WE'RE BACK! We've missed
all of your lovely faces so stop on by and say hello! Let us know how
your summer's going so far! While you're at it, come celebrate our
one year anniversary with all of us! We have an exciting card edition
on the way for it, plus many more! Also, don't be shy about applying
to our staff! We welcome everyone with open arms! We hope to see
you soon!

Join the Staff!
Request an Edition!

(Note: Again, this will not reflect all the recruits for the remainder of the month.)

Daisuki Jun 26, 2016 4:00 PM
Hi, Maguro-chan! This is Daisuki reporting back to duty as a Recruitment Officer for Fancy Fangirls.

(This will not reflect all the recruits for the remainder of the month.) 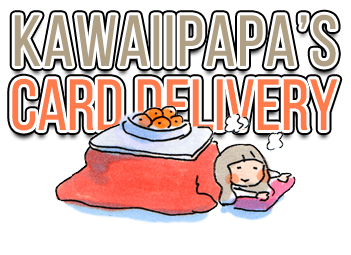