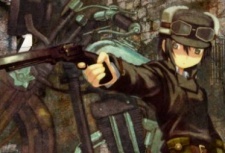 Have a wonderful day/night.

mastertek Jul 6, 2010 3:33 AM
Hi there~ I want to share with you this: I am tired of dumb people on this MAL site who love garbage shows and want to create a new small community to have great discussion. Today I made a hypothesis that rational people should at least hate Elfen Lied and some people who hate Elfen Lied should at least be more rational than average. So I look into their mess of reviews and found you and some other fellows~

One of my endeavors to find like-minded buddies was to join the infamous club "Critics and Connoisseurs" (CnC) whose 130 members claim themselves to have "confined taste" but I had really shitty experiences there. Many of them seem to be dumb in other ways... Therefore I want to create a new SERIOUS club to bash all the shows that should be bashed, systematically and scientifically (in contrast to CnC who look for 'good' shows to put into their relation columns - we look for bad-and-popular ones - of course we don't need to address countless of shitty ones that most people hate already). We can't let people embrace shitty shows any more because of their excessive production value (art and/or sound). The path we fight is for a future with better shows! The club page is under development but you can take a look at
http://myanimelist.net/clubs.php?cid=22555
Let me know what you think :)

Being as bothered by typos as I am, one could wonder just how it's possible I'm still "sane".

Digibro Jun 24, 2008 10:43 PM
everyone from OB I've talked to has said that, hehe. Place must be sucking right now. It's a shit forum anyway. Looking from the outside really mad me wonder why I was evr there.

Tom_ Jun 24, 2008 10:09 PM
I don't know if I'm replying correctly or how this is going to show up, so...in regards to your last comment, it was a variety of things, all happening at more or less the same time. Short version, I just don't think I can really contribute anything to the community, such as it is.

animebirder Jun 23, 2008 8:38 PM
Not particularly, no. Animation is definitely NOT one of Marmalade Boy's strong suits! In fact, season 3 goes downhill because they try to write an entire season's worth of stories set in America without actually, y'know, *going there*.

There's only 3 seasons, by the way.

yonnigo Jun 23, 2008 7:53 AM
I wish I would have read your review before I sat threw all those episodes of Elfen Lied.