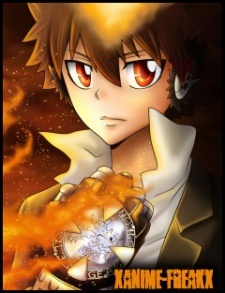 I don't have a least favorite either. XD

not really, since I update the favorites lists, but when it comes to manga under the top 10, they change constantly. The anime don't, because I don't think I've watched up to ten anime. XD

I have no idea either. XD
however, I can say that train heartnet's pretty up there. There was a time when I fangirled so much (to this day I do not understand it...) that I saved about everything that had his face. In the manga. Okay, not everything... but I have so many pictures just from literally reading, stopping and saving a particular picture that I liked, and continuing on. I also have no idea what my criteria were. XD

anyway, train's awesome, but probably not the first, but I still don't know which one, but I still love train, but it's been so long that it could be anywhere from train to shion to shin to hitsugaya toshiro to gaara to naruto to not sasuke to kozuki tsukasa to mogami kyoko to anyone. =3

neither do I. ever. XD
except... I think my manga and anime favorites are actually in some kind of order, but you can't really hold me to those orders.... but they're pretty accurate I think...

the characters are not ordered at all. XD

Hmmmmmmmmmmm Mar 27, 2012 12:15 PM
If you have someone to go with, you should, if anything it's just for the experience. You never know until you try

Hmmmmmmmmmmm Mar 25, 2012 2:34 PM
Yeah it's no fun alone because it's a group thing where you go around with mates and socialise with others, I went in search of a certain keyring which I never found and I ended up having to deny like a dozen free hugs and various weaboos, but otherwise it's okay.

Hmmmmmmmmmmm Mar 25, 2012 2:08 PM
It's full of weaboos and bad cosplays for the most part, shitty animes so so but manga selections are sometimes nice.

I want to go but nobody to go with this year, going alone wouldn't be great since the place is swarming.

So does that mean you're not watching anymore...? Or are you still watching? Just curious.

I know, right? I remember those times way back when, when I used to come on all the time and update my lists almost religiously... ah, those were the good old days. XD

I didn't realize how easy I had it last year until this year started. -_-

so... allow me to bombard you with useless questions:

do you have a least favorite?

have any of your favorite anime and manga changed?

if you can think of one, what's your most favorite manga/anime character of all time?
(I don't keep my favorites lists in order, so I never know if anyone else does either. XD)

do you/did you keep your favorites lists in order?

Have you really not watched/read anything in a year and a half, or are you just like me, who just doesn't feel like documenting my stuff??? XD

Hmmmmmmmmmmm Mar 19, 2012 1:41 PM
Everything in my currently watching list.
All Comments