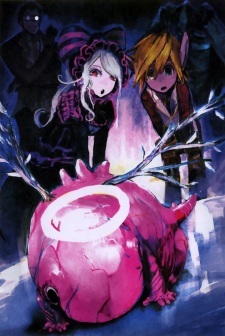 ReasonDesu Jul 31, 2017 3:26 AM
Do you have any anime you think I should watch? I'm just diving back in and am lost tbh. I dont have the time to search through everything like before either ;_;

ReasonDesu Jun 17, 2017 3:40 PM
I have been super crazy doing my dissertation, and now teaching English on some Cambridge English course. Kill me now!

ReasonDesu Apr 3, 2017 4:50 PM
I got my weeaboo visa today. I am almost complete lol. Soon I will be free of the shackles of western education and in the glorious land of Nippon :3 Hope you are doing well!

ReasonDesu Feb 21, 2017 4:32 PM
Yeah, no worries. I told my supervisor the same. He sent me a link that ranomised participants into my 2 conditions but I was like, this is gonna make it look dodgy. It's legit though, just some online survey where you watch a few youtube videos.

ReasonDesu Feb 21, 2017 10:58 AM
Its my research project, final year of Psychology degree, and need participants :3

Please click the link above and spend no longer than 15 minutes out of your day to complete this online survey. I still need participants for my research project this year. Science is happening yo!

I had KFC Xmas and Prosecco in Japan. I feel so fat today!

ReasonDesu Nov 30, 2016 2:00 PM
Have you got anything like LINE? I'll send you some stuff while I'm in Japan from my smartphone if you add me.

ReasonDesu Nov 26, 2016 7:30 AM
I know right. I have been so slacking with all this shit. Been busy with this last year, new gf, and playing a lot of OverWatch too. I had completely forgot that moon and sun was already out lol. I'll be back to the anime soon probably once this year is up. Depends how busy i get with work but will try to not be too busy.

ReasonDesu Nov 24, 2016 9:19 AM
Haha, it sounds like bliss. I had completely forgot about Pokemon. You just made me order moon from Amazon. I'll dust my 3DS off and have a bash too. TBF I'm stressed as fuck with deadlines and work right now so sounds like you have the right idea lol
All Comments