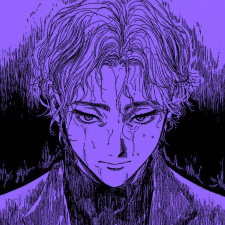 LetitoWacha Nov 5, 6:13 AM
Hehe thankss. Yayy glad to hear that. OMG loveee Prison school lmao it's just so funny, that nipple hair part tho, I am currently at ep 4 lmao it's so messed up I absolutely love it. Oh btw how was Future Diary for you? Omg star wars anime came out??? I am also planning to watch Yu Yu Hakusho soon. Brooo I totally hate Boruto soo much, the plot, fight scenes, characters and the entire anime, it's just not it for me. I literally am soo sad about what happened to Kurama broooo T_T .
Welll my grades ummm...... yea. Well Chem is going BAD for me cuz my teacher sucks at teaching but apart from that other subjects r pretty good. I am still dying cuz of exams thoo. Oh yayy I hope this friends r gonna stick with u till the end.

Yasss totally. Oh u mean s5? It's not that good tbh like I think so far this is the worst arc for me. Nothing interesting happened tbh, I am sorta dissappointed actually. Like u know how at every Mha season there is at least this one scene which is hella legendary and like it makes u want to repeat the scene over and over again? Like in S2 we got Todoroki vs Deku in the first part and stuff like that. Well Mha S5 just didn't have this imo :(

TOO LATE ???OMG BROOO R U OK?? WHY THE HELL DID U DO THAT AND HOW R U STILL ALIVE AFTER THAT, ok seriously I feel so bad for u bruhh. How r u gonna recover from that? AND WAIT PPL FROM MAL THINK BOKU NO PICO IS GOOD?? Well for one thing I AM NEVER WATCHING IT EVER.

LetitoWacha Nov 5, 3:15 AM
OMG MY FRIEND, how r uu? I am literally overwhelmed by pressure rn cuz we have live exams in a month so I am dying over heree. Yea I am totally never talking to her, her chapter in my life is overr. Glad to hear u r finding anime fun again. Lmao yea I literally can rewatch AOT a hundred times, cuz I love it so much and I tend to forget stuff quite easily, maybe I got short term memory disorder or smthing lol. Anywaysss what's upp?

Yassss I love Tokyo Revengers, it's just quite realistic in terms on ppl's emotions tbh, like the fact that he cries instead of getting mad, I think that most ppl would be like that in situations like his.

Hmm I might try the manga then after exams.

DUDE, WHY??? U don't have to test ur masculinity like this, watching animes like this doesn't prove whether u r a man or not plssss. BROOO STOP DOING THIS AAAAAAAAAA, U R GONNA END UP BEING TRAUMATIZED PLSS.

Jewsus_ Oct 29, 3:45 PM
The site I used was: https://anime-bingo.aikats.us/
For albums I just saved pictures of the covers and uploaded them, and also if the 'Render as image' doesn't work then take a screenshot of it and upload it to imgur and copy the bbcode link.

Blueixia3 Oct 27, 10:36 PM
Thanks for accepting and thank you so much for those words,I really do appreciate it so thanks againnnn ｡ﾟ(ﾟ´ω`ﾟ)ﾟ｡♥︎！！！

Jewsus_ Oct 27, 3:41 PM
Of course, thanks for accepting! Honestly I listen to quite literally any genre (except hard-metal & country) I mean classical is my favourite lmao. I hope you can come to enjoy or even love rock, is there anything you've been listening to recently when it comes to rock/metal? I listen to a wide range but I think artists that stand out to me include: Earl Sweatshirt, Kendrick Lamar, MF DOOM, JPEGMAFIA, (Early) Kanye West and Tyler The Creator will soon come to those ranks!

It's very sad that she doesn't appear in Boruto. I understand you, I'm watching Boruto beacause of Naruto chars as well, but I won't drop it, cuz I'm curious of how the show will proceed!

Oh nice, so you are a big fan of Naruto as well! That's great!

And we have the same waifu, nice choice xD