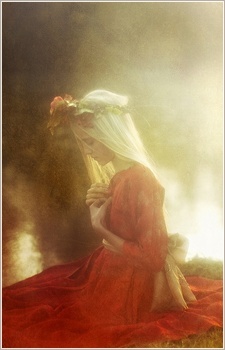 MSLNSS-Fate Apr 2, 2012 5:49 AM
I've been doing fine as well.
* Hugs tightly~ *
Sorry it took me almost a year to reply you...
I hope you're doing well and don't worry about the loss.
I believe it might just be a low tide period for you and things might pick up again for you when something intrigues you. Stay healthy & have fun ^^

SweetHalo Mar 17, 2012 12:25 AM
HI HI im nikki .....btw i know this may seem wack but we are trying to get the MAL Socializing club back active so pls come check out the page sometime

Raidanzoup Dec 26, 2011 1:41 PM
"so apparently I only read shonen manga now" Hahaha, I know that feeling. How are you these days? It's been a while. Also, Mr. Vagabond, aka Takehiko, announced that now that he's healthier, he'll work on Vagabond as soon as he's interested in the series again, lol. I really want my chapter 301.

Victini Sep 4, 2011 12:32 PM
Haha, I was going to ask you something about Melanie there but it's completely slipped my mind. Typical.

Victini Aug 22, 2011 8:12 AM
I loooove your tumblr. So many aesthetically pleasing things and a fabulous taste in movies/people.

momokuro Jun 3, 2011 6:11 AM
monochrome★sanctuary; club updates
If you would like to continue recieving these notifications, please send me a personal message with your e-mail id. I'll then be able to send you the notifications from our club's e-mail address. This is the last notification that I'll be sending via comments.
- Winners thread for icontest twenty-one has been updated with contestant names and winners. Feel free to congratulate them on our club profile~

If you are an active member of the club's icontests, please read this. It's important.

- Nomination thread for icontest twenty-one is up!
Deadline for nominating is on Monday, the 16th of May.
Hope you can participate~ ♥

Man (or dudette if you will), is Berserk really worth it? I know raising a question like that online gets one lynched and all, but I just couldn't get into it. I don't doubt it gets better later on and all, but if I can't make it through the first chapters... yeah.

Hm, I actually have three Vagabond Big Editions now, which equal about 9 volumes. Which means I've collected the story up until the beginning of the Yagyu Castle infiltration. ffffyes.

Speaking of things I own, I also bought the first Sayonara Zetsubou Sensei volume, which kinda, sadly, left me in despair.


BECAUSE THEY'RE OUT OF PRINT! ... I kinda cheated after a while. So I don't know if I'll ever finish my dishonest run of trust and companionship.

That said, Blue was nice, but not really memorable at all. It was never made to hit the big time. Which is what I want to say about Reborn too, but that thing's riding the mainstream and selling millions, so eh. I'm all burnt out on baby hitmen. (AND I ONLY SAW THREE. WAIT, NO, MAKE THAT FIVE.)

Now then. Seen Thor yet? You planning on seeing Captain America? Green Lantern? I'm hype for superhero movies this year.

But yeah, man. I got really excited when I first heard he was gonna finish Vagabond up, but we were just left with fewer and fewer releases. I guess I'll make do with re-reading the series in physical form! I already bought the two first Big Editions by Viz, but I haven't gotten around to finishing them yet.

Oh, I read that some of N's character got lost in the translation (Uh, #1, #2) with the Japanese language being all about nuances and whatnot. Speaking of pokémon, you ever heard of this little thing called Nuzlocke? :u

Aw yeah, I was on this random scanslation site and found this manga called Blue. Haven't finished it yet, but it's pretty neat, visually.

Reborn is eh. To be honest I'm only reading it because I wanted a shounen battle manga, which is what I heard it turn into after chapter 61, but I'm not really one for super random humor tiem! if you know what I mean. It's a bit tiring and or annoying to read, but still I laugh. qq At this point I'll probably read a few twenty issues more before I decide if I reaaaally like it or not.