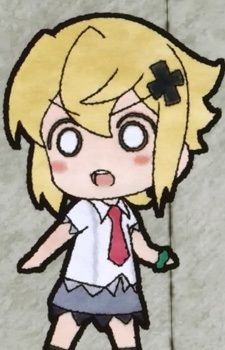 "i guess they got fired"

i feel betrayed at the end. I had fun though

Kun-Raijin Apr 3, 2019 2:51 AM
ohh...jesus! at this point you have transcended all limits of sarcastic comments possible by any mortal
I also like the fact that we have such similar taste in anime

Aldnox Mar 23, 2019 10:31 PM
It's much much much cooler in the game. The anime was a horrendous abomination of an adaptation, only surpassed by the likes of the Grisaia adaptation.

Fair, I'll be here if you want to talk about them when you get around to playing them ^^

Ib is pretty popular. End Roll... not so much, sadly. Hence why I have that on my profile to begin with.

Oh I heard that was based off a game, but I don't know anything about it.

Aldnox Mar 22, 2019 5:29 PM
Ai to Yuuki to Kashiwa Mochi is way too hard for me. I did get to see the plot, and simply looked up what happens when you actually "beat" it. It's very simple and not as interesting as Irisu Syndrome!, but the main twist is pretty shocking despite being not-so-subtly foreshadowed.

I played Yume Nikki and found it really nice. It's a really strange game, but it did great what it wanted to do. There's a lot to find and think about in that game. The Higurashi VNs are great too.

Corpse Party is pretty good! The PC remake that's on GOG and Steam is cool, but doesn't have CGs and it's not fully voiced. This is because it's a remake of the original indie game. The PSP version is a more professional one, with popular seiyuu, a new soundtrack, reworked graphics, and CGs which I really like. Some people prefer one and some prefer the other.

I'm not familiar with the other games you mentioned though :(

I'd definitely recommend End Roll if you haven't played that yet! I have "Please play End Roll." on my profile so yeah lol.
Ib is also pretty cool.

Aldnox Mar 22, 2019 1:40 AM
Since you know Irisu Syndrome!, have you tried Ai to Yuuki to Kashiwa Mochi by the same person? What about other horror/psychological indie games?

GlennMagusHarvey Mar 14, 2019 3:22 PM
I gotta say I'm very amused at your choice of username and avatar. In an odd way, it is perfect. Also I think Hibiki would approve.
All Comments