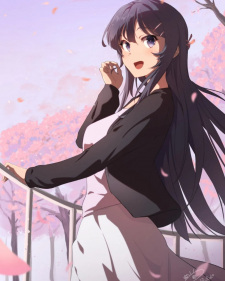 CrispyG Jul 20, 1:31 PM
"The Horizon" I would recommend reading, its a great read and its only 30 chapter and completed, its pretty sad because it takes place in a world war setting but the ending is also pretty wholesome so I would recommend. I saw you liked chain saw man so I would recommend reading "Hell's Paradise".Its similar to chain saw man and its really good, in my opinion better then chain saw man in some aspects, It has some great art and the Character are extremely well written it also has a happy ending so if you want give it a shot. I'm half way through this one and its great, its called "Insomniacs After School" its a well thought out romance and its super wholesome, Its's about A pair of high schoolers that have Insomniacs so at night they go out with each other to pass the time together and they gradually fall in love, its completed and its pretty short. Havent read yet but its pretty highly rated and a good romance called Kaguya Sama, watched the anime a while back so I can say I enjoyed it, its probably pretty good so check it out.

CrispyG Jul 19, 8:09 PM
I looked through your list and couldn't find any good anime that you haven't see that are similar to Violet ever garden, but Ive seen more manga then you so let me know if you want any manga recommendations.

Kwanthemaster Jun 1, 4:29 PM
High School DxD centers around demons - however far removed they may be from the Christian portrayal - so I wouldn't be surprised if Christians are the enemy. For whatever reason, demons seem to be popular in anime (MAL even has a "genre" for it) - probably both for their commonplace in fantasy/supernatural stories and by extension the “Oni” in Japanese folklore. You're correct though that collectively Japan doesn't hold Christianity in high regard - both because of the proselytization efforts in the past (hesitancy to ideals from the West) and because they are largely an atheistic country. Unfortunately, many First World countries are trending towards this, so jokes at the expense of Christians will continue to rise, and you'll need to determine what you feel comfortable with. However, by-and-large the Japanese do not have a great understanding of Christianity, so a lot of what is portrayed are comical exaggerations and use of language borrowed from popular culture.

If you’d like to learn more about Christianity in Japan, Nobita from Japan has some interesting videos on the subject, for example Being Christian in Japan.

Kwanthemaster May 31, 5:42 PM
I'm sorry that you had to deal with such ignorant people in your thread about blasphemy (welcome to the anime community...). Why people can't answer normally without devolving into attacking religion is beyond me. To answer your question since the thread was locked, I think it's simply a result of Western culture bleeding into Japan. Strong language is also becoming less of a taboo over time, so it appears more frequently in media (YouTube is a prime example of this). I don't think most Japanese creators see blasphemy as worse than any other explicative - both because of the small Christian population and unfamiliarity with the language - so they simply use it for comical or emotional relief, substituting whatever English explicatives they hear often and know the audience will understand. Take a look at this clip from Abenobashi parodying Americans: f-bombs galore. Clearly our culture of language has rubbed off on them.

SemillaMinoria May 31, 1:02 AM
Thanks for the add, fellow Christian. I think I can invite you to the club now that we are friends. Kwanthemaster invited me to it.
All Comments