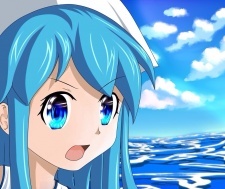 Avgerinos Jan 13, 2016 11:47 PM
It should feel pretty great when you catch up though. I did that with FairyTail and tried to with one piece. It didn't work out

Avgerinos Jan 13, 2016 9:55 AM
Haha, I've spent a lot of time watching shorter anime. Fate/Kaleid, The monogatari series and stuff like that. I'm in university so when I am not studying or playing sports, I'm watching anime.

Avgerinos Jun 30, 2015 3:31 PM
Slice of life does have its appeal, it's the equivalent of taking a nap and having a nice dream. Rather than stressing over the fate of the universe.

She is an awesome voice actress, I can't believe she voices both Happy and Taiga.

ceterra May 4, 2015 8:30 PM
I've given up on fairy tail, though people are saying that the tartarus arc is really good though i'm skeptical because the series seems to follow a certain formula, but I may watch it just to see if it is any good.

turtleinshell Mar 16, 2015 10:21 AM
Hey, I saw your fairy tail (2014) review. I have to say I completely agree. Fairy Tail always had its share of short comings, but it was the serious moments and the hilarity of some of the comedy that kept me coming back. It just falls short by wide margin. I'd even say that the openings are quite as good but that seems to just be my personal preference rather than public opinion speaking. I'd also agree that the art changes aren't realyl that bad. I will say some of them bug the hell out of me, but others were fantastic (such as levy and Wendy who seem to have somehow become even cuter than before, and possibly Erza whose new outfit really fits her well.) What I would say, however, is that the art itself may not be bad, but it is very sloppy at times (just pause it from time to time, the faces look atrocious in certain points.) Also, the animation is almsot non existent compared to before. The dragons in the dragon festival were moving still images.
However, I think the filler has actually been pretty good. Part of me still says "omfg show me the real story" but overall I've enjoyed some of them much more (although, not the celestial spirit arc.) They've made me laugh at times and regrettably works well with the increased amount of questionable audience pandering.
All Comments