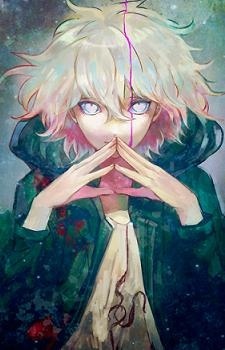 drinkbeer Nov 7, 2013 5:06 AM
yeah i have just completed it today. the anime is GREAT. the characters, plot, action and soundtrack all were perfect. i like the second OP. the song "wings of freedom". its so epic, it totally makes the survey corps look even more cooler. HAHA.

anyway Shasa Braus is so cute, especially in episode 4, when she was eating a potato during the enlistment rite of passage. haha.

i have seen some bad reviews on SnK, i wonder how can people hate on this show :/

yeah i will check out hideout when i am in the mood for some horror stuff.. thanks for the recommendation :D

i always felt empty when certain anime ended. and to deal with the emptiness i end up watching more and more anime to make up for it lol.

drinkbeer Sep 8, 2013 6:35 AM
i have heard lots of good reviews on attack on titian. i will watch it in the future, i have high expectations for it :D

attack on titan is coming to an end soon, has a 2nd season been announced or something?

i have been watching lots of bleach lately. haha.

lately i have been thinking after i complete bleach, i would have completed or caught up with most of the long running shounen fighting anime like fairy tail, one piece, naruto and hxh. damn that means i am almost running out of my favorite shounen anime to watch :(

btw i noticed gin ichimaru in your favorite character list. his face seems to resemble a smiley face, i guess its due to the art. somehow i find it amusing in a good way haha xD "shoot to death, shunsou!" cool huh? :P

age of wushu? sounds like some asian or chinese game.

recently i been thinking of playing some games., like dota 2. do you play any online games?

drinkbeer Jul 10, 2013 5:59 AM
yeah hes pretty badass. i hope he won't be overpowered in this series. damn the soundtrack is good too! why must bleach end so soon at episode 366. T_T

yeah i am planning to watch Danganronpa in the future. the synopsis sounds very thrilling, it reminds me of the anime "another". you really need to watch that. it has finished airing.

btw, i see that you have hunter x hunter 2011 in your PTW list. you should watch it soon, some elements of it is very similar to death note. its really DAMN AWESOME. LOL XD

drinkbeer Jul 9, 2013 8:59 AM
ichigo has a cool voice, its quite pleasant to the ears. whereas naruto has an annoying voice to be honest.

the current arc is quite exciting, the captains and lieutenants stuff. :P

omg thats such a long holiday. damn i envy you to the max haha :(

i haven't seen the japanese anime rankings. so whats the first best recent anime? btw i am surprised that kurisu isn't in your favorite character list.

what episode is soul society arc at? please tell me so i can look forward to it XD

how long is your holidays? i wish i could have a holiday too haha.

i am waiting for the steins;gate movie too! lets wait patiently together, good things are worth the wait! :)))

i am fine, i have caught up to the latest episode of shippuuden and now i am moving on to bleach. :)

how have you been doing?

i see that you are watching Ergo Proxy, i heard its a good horror show but i haven't watch it. please give me your review after you are done watching it. :)

damn i wish there were more hours in the day so i could dedicate it to watching anime.

drinkbeer Jun 15, 2013 5:34 AM
to be honest i was expecting chaos;head to be as good or almost as good as stens;gate since they are similar in some ways. but it was a disappointment in the end.

the storyline is getting better, but there are some fillers here and there. its pretty annoying. speaking of naruto, i have noticed there are some unreleased soundtracks for naruto and shippuuden. they are pretty good but its weird that they are unreleased. :S

yeah the wait is pretty long. one thing i hate about anime movies is that they always take quite a long time to be subbed.

drinkbeer Jun 9, 2013 5:06 AM
i had a hard time understanding what was going on when i watched chaos;head in the past. i am planing to watch robotic;notes in the future though.

i am at episode 300 of shippuuden now and its mind-blowing.

attack on titan is only at episode 10 now? i need to wait until it has finished airing so i can marathon it at one go ;) i hope this anime will have season 2 soon too so we have more good stuff to watch. :P