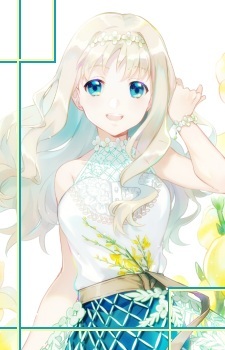 DanieruRon May 3, 2019 6:10 PM
Lirina how do you do for the background with that image without losing the pics of animes?

IwaOi-KHRStan Mar 6, 2019 9:32 AM
Ookiku Furikabutte: Natsu no Scorebook
sorry to bother you, can you please link me where did you find it and downloaded it? I can't find it

I solved their problem btw :D, found both pics
V

PrincessPorcupin Dec 1, 2018 5:45 AM
Terribly sorry to bother you, but do you by chance have the background image for your cute new theme saved anywhere? It doesn't show up on the theme masterpost thread. Shishio-kun Jan 15, 2018 3:00 PM
hmm thanks for telling me but I don't completely understand. I had a bad accident on the ice and hit my head really hard so I can't think clearly for now, but I do know that if it comes to moving CSS files from a dropbox please leave them where they are if you can. A lot of people use that DVD layout still too. And whenever we move something that seems unused, a bunch of people suddenly come out and say "what happened to it!!???" lol

However, I can probably edit the thread with the DVD layout so that it won't rely on your dropbox anymore. This way if you do need to move it they can simply reinstall the layout from the original thread :D

Xionea Jan 2, 2018 6:13 PM
Hello, secret santa! I'm not done with One Outs unfortunately, but I've watched about half of it so far and I figure I should give my thoughts on it. To begin, this was my first year trying the MAL secret santa event, and I gotta say I was not expecting anyone to actually go against my likes and give me one I might potentially dislike, that threw me for a loop lol. Very daring of you. You were absolutely right in that there was no way I would have ever bothered to watch One Outs on my own had it not been a recommendation to me. I would have looked at the page, scoffed at the sports tag, and then left it forever and not bat an eyelash to it ever again. I was kinda skeptical, I'll admit... But it's better than I thought it was going to be. The first few episodes were honestly a bit boring (but eh, character introduction and plot development, what are you gonna do?). It grew on me a bit as some of the games played out. The peak though, the point where I found myself geekily smiling, was episode 6(7?) with Tokuchi trying to run out the game with the rain, forcing them into a corner and ruining their pitching averages severly, and eventually leading into a forfeit from the opponent's manager. I don't know what about that specific match was so entertaining, but I loved it. I'm hoping more of the matches are somewhat like that in the later episodes.

Again, I'm not done with it, so my opinion on it is still in the works, but from what I've watched so far I've been enjoying it. I honestly appreciate the recommendation and the consideration towards the choice! Thank you, and happy (late) holidays!

Shishio-kun May 9, 2017 9:16 PM
Any chance you have the codes and images for this layout? I could fix it if I had those probably please. I want your guys's creative legacies to go on long as possible!

Shishio-kun Mar 18, 2017 3:11 PM
I think a lot of people still use that layout. Are you still able to log into your Dropbox?
All Comments