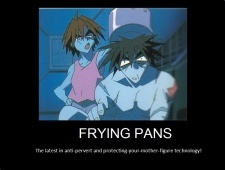 No_Longer_Active Aug 17, 2017 4:54 PM
Yeah, I'm tempted to stay up for Outlaw Star as well, but again...2:30 AM is pretty late, lol. I could use my DVR to record it, but it just wouldn't be the same as watching it when it airs. If I can record it, I might as well just watch the series on DVD. I agree with you 100% about Toonami starting earlier, I wish the whole night was dedicated to the block. It's weird, because they show Dragonball Super before the block starts on Saturdays at like 8 to 8:30 PM. Then they show the same episode at 11 pm, which makes no sense.

I feel like I was a little too young to remember Toonami during it's "glory days," but I remember watching it on and off in mid-2000s. Hell, I don't even remember seeing Outlaw Star back in the day, I mainly remember DBZ, Sailor Moon, and Tenchi Muyo. Zoids was a really cool show though, I used to watch it early in the morning before school.

Watching the second season of Fairy Tail? I still have to start that series, but I saw the premiere of the new movie with two friends last night at theater here in New York. The English voice actor for Natsu was even at the event for his birthday, pretty crazy haha.

No_Longer_Active Aug 9, 2017 10:06 AM
I think one of the discs for my Outlaw Star DVD set has a scratch on it, because I noticed that episode 8 was acting funny while I watching it last summer. Are you going to buy the blu-ray of the series anytime soon? I sort of want to get it for myself. I'm kinda sad that Outlaw Star will be on so late at night though, not sure if I'll be willing to wait until 2:30 AM to see it. I wish Adult Swim would have it air at like 11 pm instead.

So, were you a big Toonami watcher back in the day? I watched the block pretty casually, but ended up watching shows from it years later. I remember liking Zoids growing up, cool to see that you have Zoids New Century Zero in your favorites.

No_Longer_Active Aug 6, 2017 5:30 AM
Nice, I actually didn't watch Outlaw Star until I was a freshman in college. I don't really remember the show on Toonami, but I did want to watch the show after I saw some old promos for it on YouTube. Can't believe it's going to be back on Toonami in late August, that's gonna be great. I own the series on DVD (bought like a year before the blu-ray was released), but I might still tune in for it when it airs.

You sir, have amazing taste :D

Yung_Doug Jun 5, 2014 6:07 PM
Hey bud, welcome to the club! Feel free to ask me any questions via message, my page, or the club chat. Hope we see you around!
All Comments