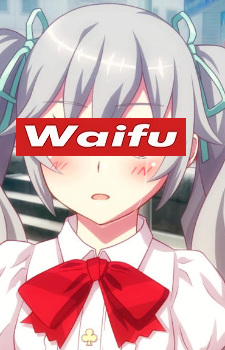 -Miku_Meister- Yesterday, 11:07 AM
its time upgrade and join the gaming society lol.there is just not enough gadgets in the world lol

-Miku_Meister- Yesterday, 9:05 AM
well it wasnt expected lol. just browsed and seen the laptop i wanted and got it from there and done.

Yeah spending money month where its gonna be dry. treat yourself with new gadgets

-Miku_Meister- Yesterday, 8:24 AM
Just bought a new gaming laptop. Feels night and day when i had my machine 10 years old

Captain_Shunsui Yesterday, 7:18 AM
Thank you so much :3

MonkeeDan Nov 23, 12:58 PM
Lmao Russia got no chills 😭😭 I mean obviously it was propaganda etc, but still, the fact that some people will believe it is what makes it really bad.

Yea animals have some pretty good sense when it comes to weather etc, but kinda cute to see them all together on a chair :> And god bless they didn't drown, that would've been pretty sad.

MonkeeDan Nov 23, 7:51 AM
Sounds like a great time to be a british person huh :P But yea it's just as you said, a complete clown show.

Oh haha, what an energetic fella. Do rabbits have a good sense of direction/memory of their "territory"? Because I can totally see it happening that they just forgot where they came from and just end up in the middle of nowhere eventually by accident.

MonkeeDan Nov 22, 10:33 AM
It felt really weird to witness the whole thing and to see how it played out ngl. I'm not too much into it overall, but even from only what I got to hear, it sounded like they didn't really plan it through entirely how it contiues once done.

Oh lmao, rabbits are more active than I thought. Also unfamiliar to hear that they have a "sense of home" they return to.

-Miku_Meister- Nov 22, 8:58 AM
Japan when products/goods its becuase everything ir majority things needs taxed. For example importing cars will require 20% tax due to govermnt

MonkeeDan Nov 21, 6:45 AM
Yup so the same as here in Germany, except the Brexit stuff ;P
We even had people using sunflower oil as fuel for their cars which resulted in the government limiting the amount of sunflower oil every person can buy lmao.
For us it was just a bonus of 400€ (I think?) which everyone got, but yea, it helps for a month or two but after that it's back to counting pennys for most ppl ;<

Sounds nice, growing up with animals is just a nice thing, especially if there is variation like in ur case with the rabbits etc. Reminds me that a friend of my sister had a pig in her garden, that was kinda crazy.
All Comments