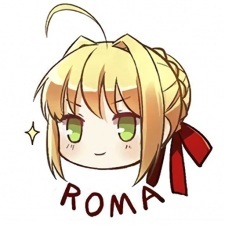 And do watch TTGL! It's awesome, man!

You don't read the extra parts by the author at the end? Sometimes they contain some interesting insight on the chapter or the series as a whole.

Mmmm...you are forgiven. But only because you like kittens. >.>

Well according to the author, chibi Gator's just easier to draw back when his arm hurt. I don't think his arm still hurt though...maybe he's just lazy.

Kupopopo Sep 24, 2013 11:14 PM
The secret's out! Well, I guess technically it was out for a long while...that priestess is pretty sharp. What do you think Gandharva will do next? I think he'll either side with priestess outright or pretend to side with bitchy blue hair but not fight for real.

Oh, and when are we gonna see Gator in full size? D: Not that chibi Gator isn't cute or anything.

I think it's B. More specifically, either the story will shift to Yuta/Asha or the story will become one with no clear protagonist and just pure chaos as the Gods battle with the Asura for real.

Yeah I know, pretty much all of the gods and asura are based on Indian and Indonesian mythology. Some names get hard to remember though. All I see happening atm is the priestess sacrificing herself somehow: either to protect the city or Gandharva. Then he'll go mad.

With the pace ToG is going at atm, I wouldn't expect much. I just wanna see Viole fight already.